LG partnering with Mercedes Benz to bring in a new range of autonomous cars.

Future of driving is soon going to get a new shape of advancement because LG now intend to partner with Mercedes Benz.  The upcoming scenario is going to make it smarter and less about drivers themselves. The duo’s are working together to bring in the next generation of camera systems which will eventually allow the handling of some features of driving with the aid of computers and vision algorithms. 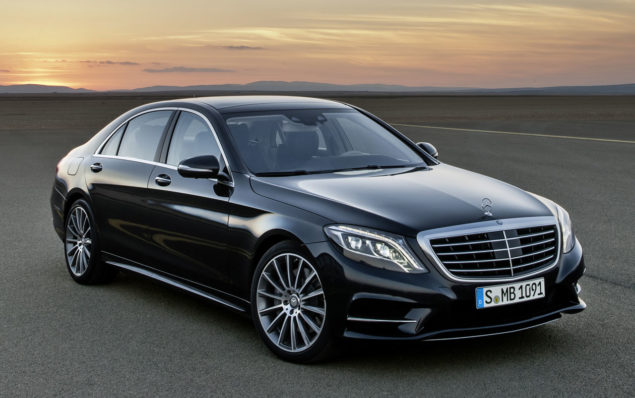 The Mercedes S-class is already one of the top notch cars out there.

The tech LG and Mercedes Benz uses to launch its whole new variety.

This is all what the Korean company announced about the current development. However LG explained to the Verge that from Mercedes Benz it is going to provide the core components of the self-driving cars in the impending boom. Hence the future of driving doesn't seem to involve driving at all. In the era where Google and Audi are prominent in establishing tech and auto heavyweights, the two companies seem to focus much on their research and development department. Google also launched its first prototype earlier this week. The stereo camera system announced by LG will help Mercedes cars to be driver-less which it stated to be the upcoming autonomous cars.

Usage of multiple cameras in order to ensure what’s in front of the car, at the back and sideways and how far in terms of distance they are seem to be the initial step forward to make the all sufficient driver less cars. The email that was sent to The Verge, LG explains that it will be responsible for providing the "core components" of the driver-less Mercedes-Benz cars of the future. The marriage of two globally renowned companies seems to bring in a stunning success bringing in range driver-less cars in the market. This appears to be a perfect marriage since both the companies are heading to use ADAS technology in order to bring in a worthwhile experience to the customers.

As Woo-jong Lee, president and CEO of the LG Vehicle Components Company stated “Mercedes-Benz is the ideal partner for LG as both companies share a vision of how ADAS technologies can improve the well being and lives of all consumers”.

Advanced drive assistance systems include a camera which indicates when the car changes its lane, check drivers state of health; it also reads road signs and warn for obstacles as well.