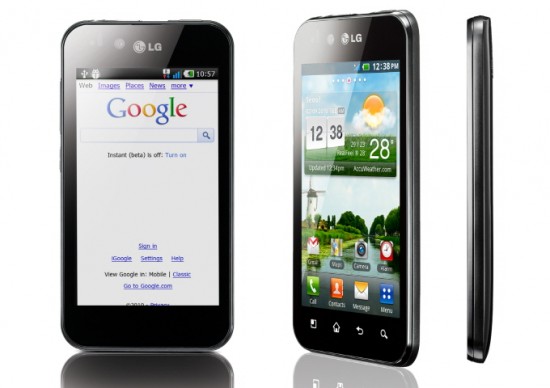 A leaked roadmap from a Japanese network NTT has unveiled an upcoming smartphone from LG running the unreleased version of Android, aka Ice Cream Sandwich. Called 'Optimus Bright', the phone could be hitting shelves before the end of this year which is around the same time when Ice Cream Sandwich is scheduled to release. No official picture is available but if the leaked specs are to be believed, we (or the Japanese) could be in for a real treat.

The phone will be powered by the nVidia Tegra 2 platform which has had a lot of success with game developers of late. The front will be covered by a massive 4.5'' LCD also known as NOVA display which promises increased brightness. The resolution is a stunning 1280x720 which in a non-techy world is simply referred to as 'HD ready'. On the back is a 8MP camera capable of 1080p recording. Video calling will be supported by a front facing 1.3MP camera.

Not a lot is known about the upcoming version of Android except that it will blend Honeycomb and Gingerbread. I hope it's as delicious as it sounds.