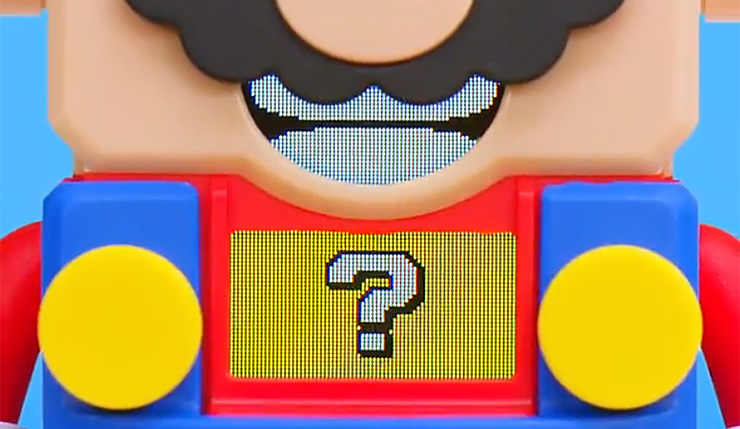 Just in case you didn’t already have it marked on your calendar, today is Mar10 day (March 10, Mar10, get it?) and sure enough, a new venture for everyone’s favorite plumber has been announced. This morning both the Nintendo and Lego Twitter accounts posted a teaser for Lego Super Mario. You can check out the tweets in question below.

Unfortunately, that’s all the information we have for now. So, what exactly is Lego Super Mario? The most exciting possibility would be a Lego Mario video game, but this might just be a tease for a new line of physical Mario-themed Lego sets. Lego insider site StoneWars.de has found a number of unannounced sets (13 in total) under the codename “Leaf,” suggesting actual Mario Legos are indeed a go.

Of course, this is a video game site, so a game is what we’re most interested in. The video screen on Mario’s chest in the teaser video certainly says video game to me – I think there’s a good chance we’re getting both! A new Lego video game and building sets. Let’s hope! If we are getting a Lego Super Mario video game, it will be interesting to see what form it takes. It could be your standard TT-Games-developed kid-friendly brawler, or maybe it will be something a little more creative? I’d love a game where you can build 3D Mario worlds with virtual Lego bricks.

So, when might we learn more? Hard to say, but the teasers imply more info is coming soon. There are rumors a new Nintendo Direct may be coming in the next couple weeks, so perhaps that’s where the full Lego Super Mario reveal will come.

So, what do you think? Are you excited for Lego Super Mario? I know my two-year-old son’s mind is going to be blown.