The Legend of Zelda: Link’s Awakening is Getting an Adorable Nintendo Switch Remake 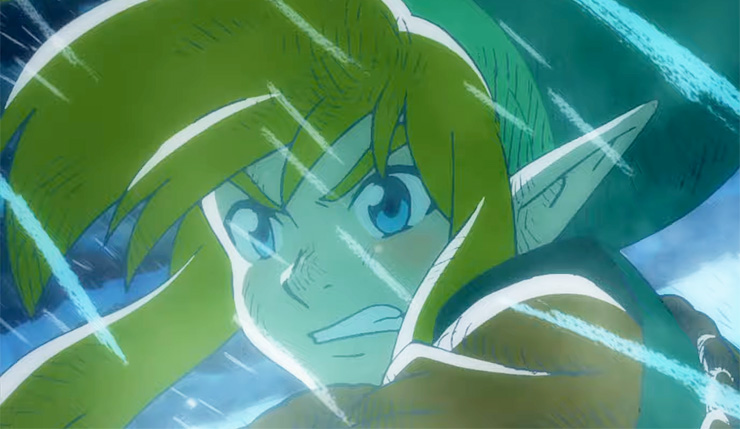 The first big Nintendo Direct of 2019 just wrapped up, and the show culminated in a big surprise for Zelda fans – the beloved Game Boy classic The Legend of Zelda: Link’s Awakening is getting a full Nintendo Switch HD remake. This new version of the game will retain the original’s top-down viewpoint, but the game has received a cute, stylish makeover. The game’s trailer also begins with a cool hand-animated cutscene. Check it out, below.

Definitely loving the look of the game! Much prettier than The Legend of Zelda: A Link Between Worlds for the 3DS, which was a great game, but kind of homely. It's also nice to see Nintendo isn't abandoning the classic "2D" Zeldas -- this is a very different take on the franchise than Breath of the Wild, but one old-school fans ought to gobble up.

If you're looking for more details, you're out of luck for now -- this basic description is the only information Nintendo is revealing about the new Link's Awakening for now:

The Legend of Zelda: Link’s Awakening -- Originally released for the Game Boy system more than 25 years ago, one of the most beloved games in the Legend of Zelda series returns. In this modern re-imagining, players travel to the mysterious island of Koholint to guide Link on a perilous adventure.

Not a lot to go on! For those who have never played Link's Awakening, it's one of the best, and most unique, Zelda games of all time. Despite being built for the very limited Game Boy hardware, the game is every bit the equal of the SNES classic A Link to the Past, and its odd, melancholic vibe make it a forerunner for other "quirky" entries in the Zelda series like Majora's Mask. Link's Awakening makes my Top 5 Favorite Zeldas list, and I'm glad it's getting another chance to shine.

The Legend of Zelda: Link’s Awakening hits Nintendo Switch in 2019.