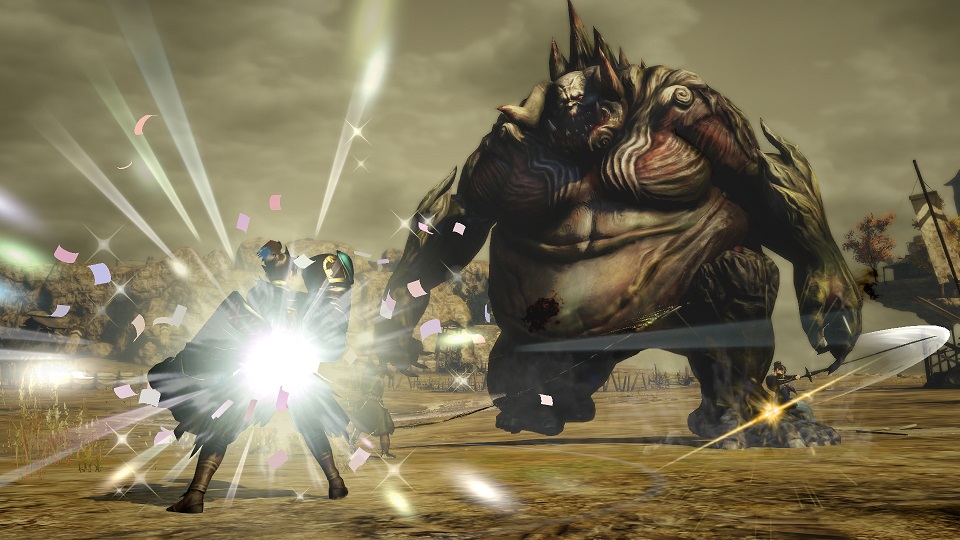 The Slayers are here. Koei Tecmo released a ton new amount of gameplay and story details for the upcoming demon-fighting action RPG, Toukiden 2.

The press release by Koei Tecmo gave us a bit of back story. The village of Mahoroba has seen better days. It turns out that the Samurai and Imperial Guard are at each others' throats. In order to try to keep the peace, a force of Slayers show up to defuse the tension. If that wasn't enough, the demonic hordes are ready to run wild through the good people of Mahoroba.

Koei Tecmo released more information regarding the types of weapons coming to Toukiden 2.  The sword and shield will be added to already huge list of weapons such as; swords, spears, knives, gauntlets, chain-sickles (kusarigama), bows, clubs, polearms, and rifles. The chain whip should also add some flair to combat with the fast-paced combos.  Combined with the mystical Demon Hand, you can do real devastating damage to Oni scum.

Weapons now can be equipped with Mitama, the freed souls of fallen heroes. Mitama can be freed by defeating large Oni. Only three can be equipped at a time and these will offer bonuses to attributes like attack, defense, speed, healing, and control. It becomes key to making sure you've got the right Mitama equipped right before heading into a big fight to ensure that you're adequately prepared.

For the first time in the series, players will be able to summon Oni to fight for your cause. Your oni can act as a decoy to buy you some breathing in case you get overwhelmed.

Toukiden 2 is due for release on March 21st on PlayStation 4, Vita, and PC (Steam). Take a gander below at the screenshots if you want to get get a better look Tsubaki, Toya, Manazura, and Kaguya.