Apple spends a boatload of money on research and development. While it is not guaranteed that the technology or a new product will see daylight any time soon, it is always great to see that the company is exploring. The same can be said about choosing what color to put on a specific device. As it turns out, Apple was planning to add a Jet Black color on the iPhone X. However, this did not pan out and the plan was scrapped. Let's dive in to see some more details on the subject.

Initially, the Jet Black color was introduced with the release of the iPhone 7 and iPhone 7 Plus back in 2016. It featured a glossy finish and quite different from the standard brushed aluminum exterior. The Jet Black color was darker compared to the Space Gray color option. From that point onwards, the company did not use the same color on any other iPhone model. However, leaker Mr. White has shared images of a Jet Black iPhone X. What this means is that the company was testing the color for the iPhone X. 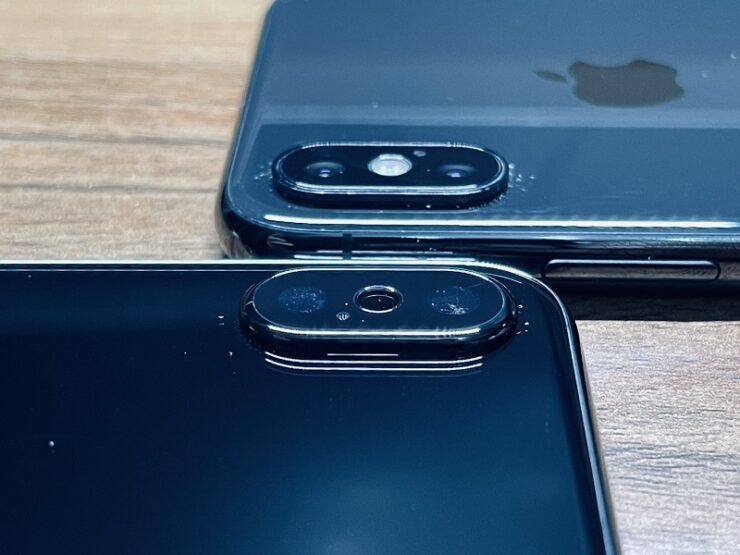 As you can see in the images shared, the Space Gray and Jet Black color options differ vastly. The Jet Black iPhone X is a prototype and in the testing phase. The Space Gray iPhone X made it out while the prior was scrapped and not to be part of the iPhone X release. The iPhone X was also available in Silver which was the closest you could get to White. While the Space Gray color is pretty dark, it is still not as dark as Jet Black.

They have tried iPhone X Jet Black before pic.twitter.com/md5p9nNER3

The alleged prototype does not have an Apple logo at the back or any other certification marks. Moreover, you will also notice that the camera design is not finished. Other than this, the device looks identical to the iPhone X. We're not sure if Apple will bring back the Jet Black color but it will complement the frosted glass, giving the iPhone a truly matte black finish.

In my view, the Jet Black iPhone X would have looked great. However, the fingerprint and smudges would accumulate more on the darker color which does not paint a pretty picture. That's all there is to it, folks. Would you want a Jet Black iPhone? Share your views with us in the comments.