Prey 2 has been a game that has been enveloped in mystery. Much like The Last Guardian, Agent, Fallout 4 and many other dormant IP's we KNOW that the game may or may not be in development but the updates regarding it have been less than fruitful. While there have been a number of follow ups done to find out what happened to the game and apparently there have been talks that a game which was never released will be going through a "Reboot" much like Doom 4. This is really surprising since the original game was an absolutely amazing work of art and a sequel should have been a cinch. 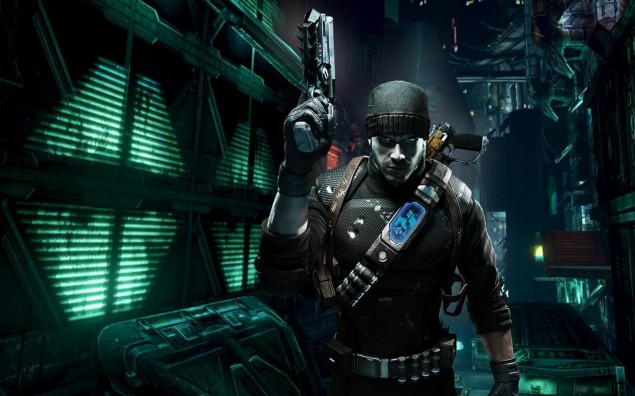 While the game may be mum at the moment, there appears to be leak document which appears to be a powerpoint presentation that pitches four different approaches that Prey 2 could or is taking at the moment, The slides don't offer much except using past movies as references through pictures for reference on what the presenter might be trying to show. All four settings are pretty interesting and I would have been curious about how these could have played out. Bioshock Infinite taught us that developing a multi layered game using a single approach isn't always easy, so whether or not one of these concepts got accepted or rejected will remain a mystery.

Prey 2 is a game that will definitely end up being a Duke Nukem: Forever or a Bioshock Infinite. Continually delaying a game and not giving any insight of its development only spells out one word. "LIMBO". While the original Prey was a stellar hit and really made brilliant and unique use of FPS mechanics in a rare setting it comes as a surprise that Prey 2 is going through such harsh times. A new leaked document has revealed that Prey 2 would have had or is currently going through one of the four plot ideas that have been pitched in the document below (Courtesy of AllGamesBeta)

As you can see there are four approaches

-Origin: Basically player discovers daily routine is a lie until his female companion hears voices summoning her and player chooses to either help Aliens controlling him or annihilate them.

-RetroFuture: 50's setting with futuristic aesthetics applied to it. Player basically is chased by phantoms with blurred faces until they stumble across an alien ship in a cafe.

- Raph / Ricardo Story: Pretty similar to Origin except the player wakes up without his female companion by his side and the female companion is a third party telling him the entire world around him is a lie.

Here are some extra slides too:

The second set of slides reveals that the game has been called "Project Danielle" which kind of explains why the name Danielle is always a constant in 2 of the 4 settings, additionally the game was planned to have some RPG elements to it and many other amazing features and mechanics to be added to the game.

This is some really amazing stuff to find and I hope that where ever Prey 2 has landed itself, we get what we have been waiting for.