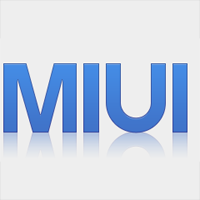 MIUI is one of the most heavily-customized Android Fork out there. A key feature that sets it apart from other Forks is that its version number is not indicative of the version of Android it's based on. Depending on what phone you have, your MIUI 10 version can be based on either Android Nougat, Android Oreo, or Android Pie. It has been a cause of frustration among users as they're left running older versions of Android. The next iteration of MIUI—MIUI 11—has been in the works for quite some time and today, XDA Developers stumbled upon an early build of the software that highlights several new design changes. The new MIUI version will introduce new icons and features like a system-wide dark mode, ultra power saving mode, and more.

The images above show some of the new icons that'll be a part of MIUI 11's design overhaul. I'm curious to see how these will look once Dark Mode is enabled. MIUI 11 will also bring a new cross-device file sharing implementation that Xiaomi, OPPO, and Vivo are working on. Xiaomi devices with Always on Display will get the option to change the text color automatically at specified intervals. One can even add an effect that has five different patterns that rotate each time you turn the screen on. There’s also a new “dynamic sounds” feature, a new Xiaomi Community app, a redesigned file manager, a dark mode scheduler, and quick replies for some messaging apps.

Most (if not all) of these features will bring MIUI 11 up to Android 10 Q standards, especially features such as Quick Replies and Dark Mode. It'll be interesting to see how Xiaomi bakes in other Android 10 features such as its improved privacy control, Live Caption and Gesture Navigation into MIUI. A lot of Xiaomi enthusiasts will also be pleased to know that they'll receive their updates via the Play Store. Xiaomi may be good at a lot of things, but delivering timely software updates, unfortunately, isn't one of them. This is a very early build of MIUI 11 and it is very likely that its final form may look vastly different.