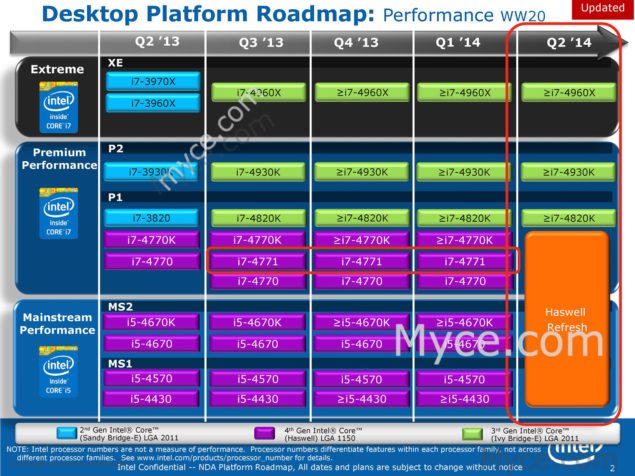 According to the leaked roadmap, its hinted that the Haswell refresh platform is expected to arrive in Q2 2014, this means that Intel would skip the 14nm Broadwell architecture on the desktop platform except the BGA chips. It was already known that Intel would transition to the BGA scape but it's looking like a one year gap since Intel would launch Skylake for the desktop platform in 1H 2015 which brings new chipset support along with DDR4, PCIe 4.0 and SATA Express support. Skylake would be the first proper 14nm Intel CPU that would bring various improvements on both graphics and computing terms. But for now, Haswell refresh is the thing to look forward to by desktop users. The new platform would remain loyal to the LGA 1150 socket but would get the new Z97 and H97 chipset to bring SATA Express support to PC platform.

Other than that, Haswell refresh is just the same old Haswell platform on a 22nm process with improved clock speeds and a few improvements here and there. Intel would also launch their Ivy Bridge-E processors in Q3 2013 or September 2013 which would bring high end desktop Core i7-4960X Extreme edition processors with 22nm process to the LGA 2011 platform. Three SKUs would be launched which include 4960X, 4930K, 4820K, their specifications are detailed below: 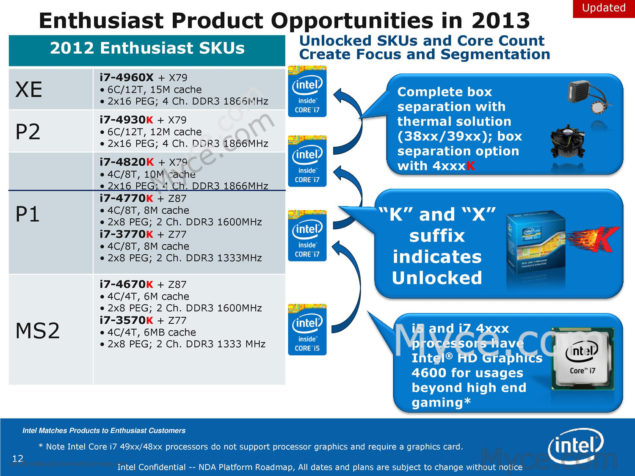 The Intel CPU roadmap also shows the upcoming BGA processors which include the R-Series Haswell and Bay Trail based SOCs replacing the entry level Celeron and Atom processors on the destkop platform. The reason behind this move is that the Bay Trail 2014 SOC is a compact solution offering Quad Core CPU, Gen7 graphics with DX11 support, Windows 8 support with hardware media acceleration and upto 3 time the 3D performance over past Celeron and Atom entry level desktop processors. Following are their detailed specs:

Last of all, the Intel CPU Roadmap mentions that the chip giant has EOL'd (End of Life) their entire Sandy Bridge SKU stack which includes the flagship Core i7-2700K, 2600K and 2600S processors. Two Ivy bridge processors which include the Core i5 3450 and 3450S processors have also been discontinued. You can check out the rest of the slides below which are courtesy of Myce. 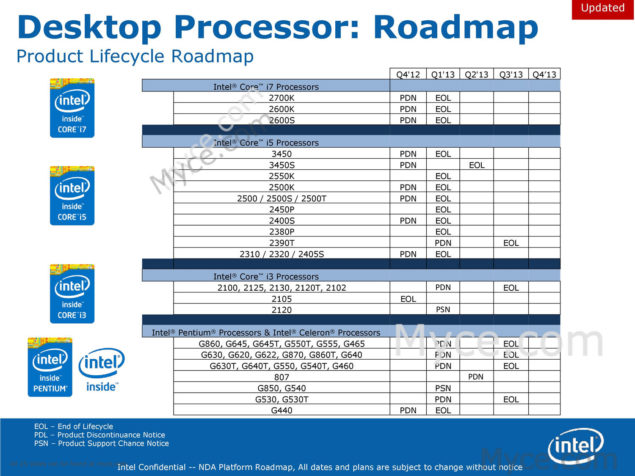 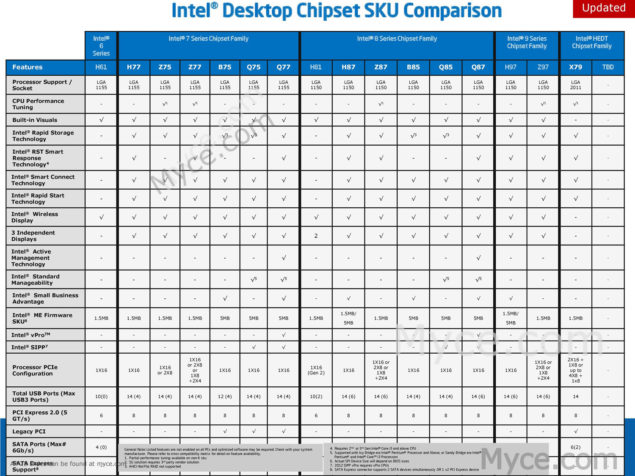 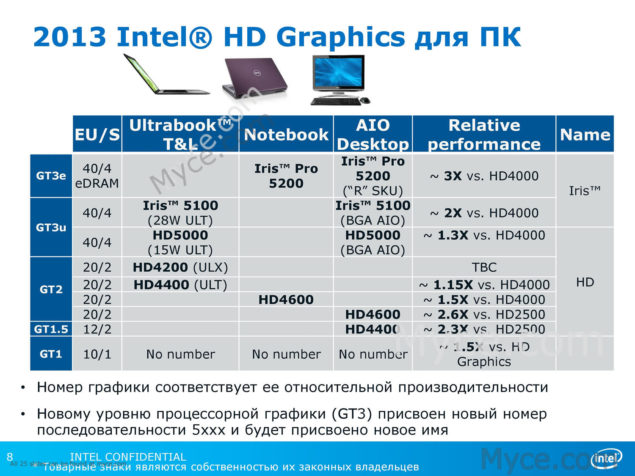 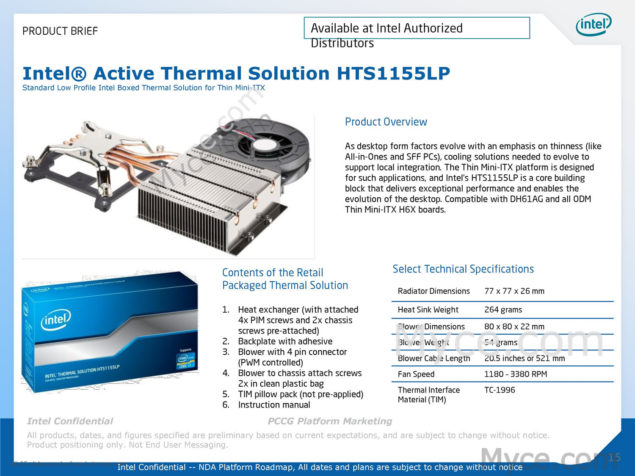 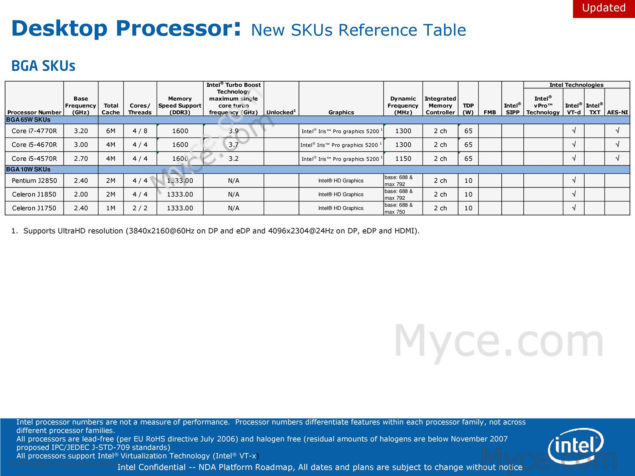 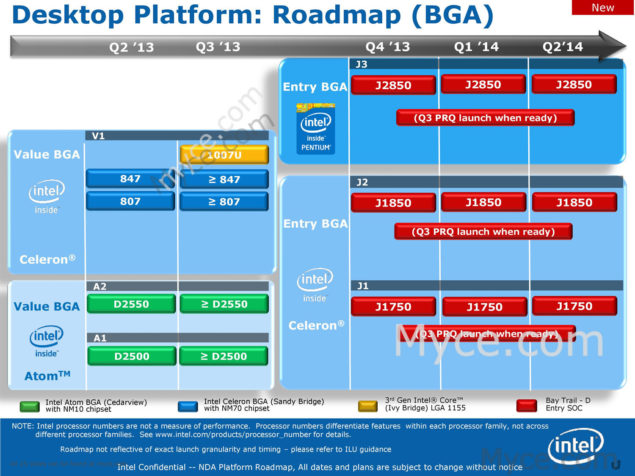 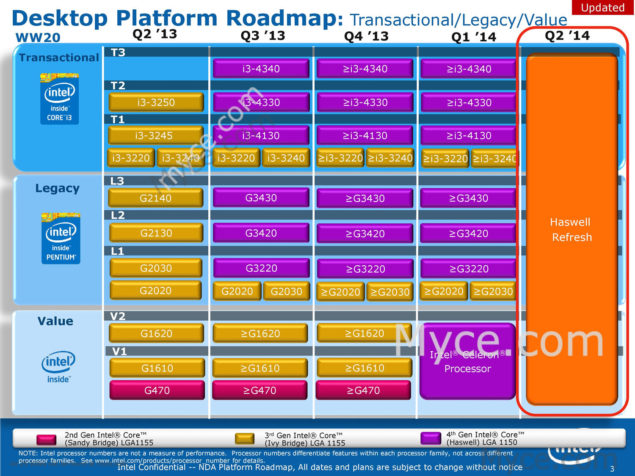 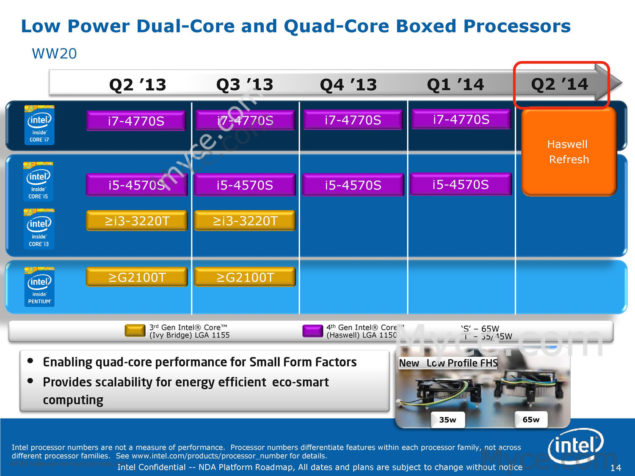