In the storm of smartphones, HTC has been aligning itself for becoming the leader in smartphones technology. The eagerly awaited newest HTC family member, Bravo, has already seen the fame and fortune (it will get the fame and HTC will get the fortune) to come. Scheduled to release by within 2010, HTC had been tight lipped about its latest creation, but not for long. 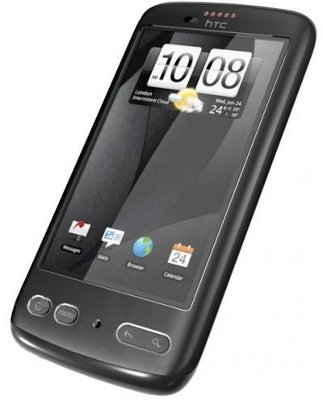 It is reported on T3 that they have seen the leaked pictures of upcoming HTC Bravo and it has an optical pad instead of a trackball, unlike its predecessor HTC Hero. The phone runs on Android OS and it is being made to be the closest competition to iPhone. But the question remains, what will happen to Nexus One, Google's front runner in the arsenal for world domination.

HTC had been manufacturing OEM phones for both O2 and iMate. Unfortunately, iMate decided to part ways with HTC (or vice versa) and ever since iMate has been moving out of the market.