A leaked poster at Gamestop has revealed that Assassins Creed Unity which was announced a few months ago will have pre-order bonuses in the form of an exclusive mission (MEGATON) but more importantly it also shows us the first glimpse of the new Assassin. The heritage of Assassins began with Altair, continued with Ezio, carried on with two members of the Kenway family in Assassins Creed 3 and 4 but due to the new setting of the game it was obvious that a setting such as the french revolution will have a new Assassin. While we can't put a name to the face yet, you can expect it to be culturally relevant. 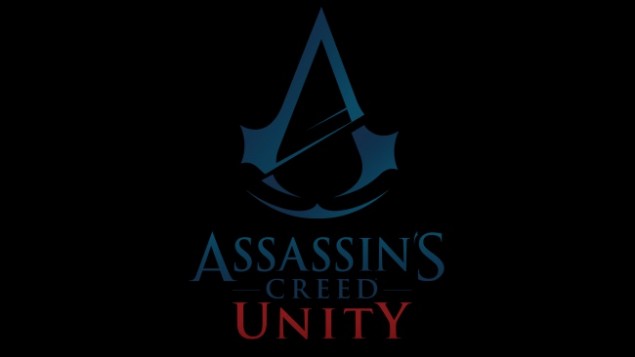 Assassins Creed Unity is a game that will definitely be taking the players to fascinating time of the French Revolution. So far the series has done a better job at gauging an interest towards major historical events and places more than any textbook or teacher has been able to accomplish albeit the motives of the players might not be strictly educational and they rather indulge themselves in randomly running around and do some buccaneering, Unity will give us the chance to explore Victorian England during the french revolution.

A new poster has been spotted by twitter user "CriptAssassini" who posted the following picture on his twitter time line. The picture shows us a first look at the new Assassin and an exclusive pre-order mission called the "Chemical Revolution" which is aptly named considering the era the game will take place in. It would also be safe to assume that the person holding the beaker will be the new "Scientist" which has been a prevailing role in Assassins Creed series since the 2nd game and has featured famous historical names such as Leonardo Da Vinci and Benjamin Franklin. 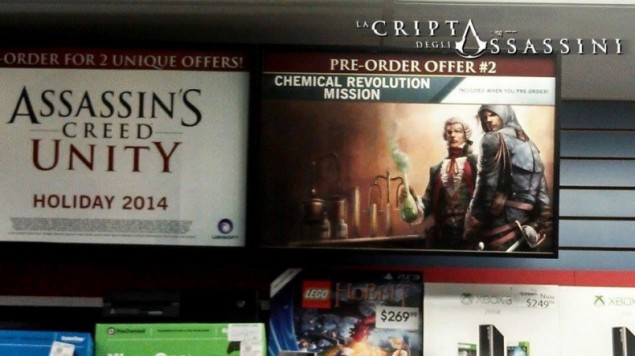 Even though the poster to the left says to pre-order for 2 unique offers we only actually see one offer on the screen, even though the face of the Assassin is not clear at least we have a first look at the new protagonist and we only have to wait until E3 to be able to put a name to the face and perhaps find out the name of the man he is with, According to some rudimentary history I think it might just be Joseph Priestley who did also have a chapter in his scientific journey called "The Chemical Revolution". So this is my best guess on the name of the scientist.

What do you guys of think of this? Even though Unity is PS4, Xbox One and PC exclusive I do hope that the rumored counter part game called "Comet" is just as good as the other side games that came with previous Assassins Creed titles. We will have to wait till E3 to find out more about Unity and hopefully comet.