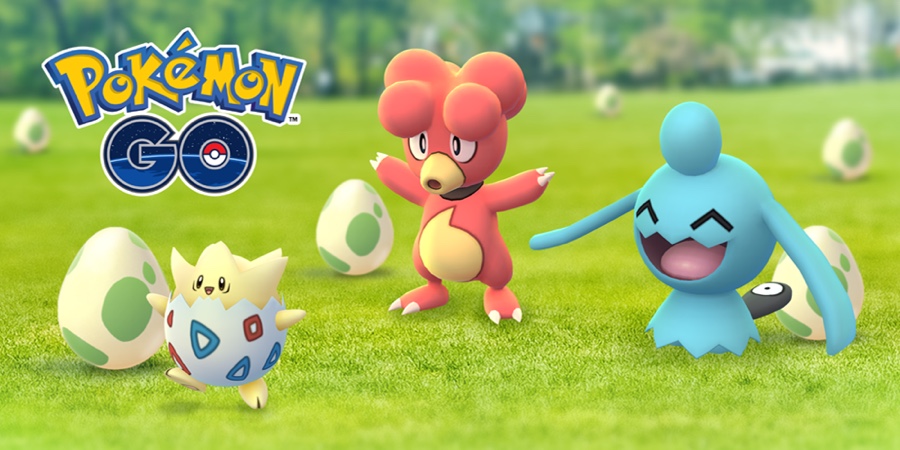 A new Pokemon GO 'Eggstravaganza' event has been announced and it all centers around hatching eggs. Needless to say, players are going to dig this one.

Pokemon GO has gone into the background ever since other major titles have made it onto iOS and Android such as PUBG Mobile and Fortnite. But that doesn't mean that the game is dead in any way. A new event has been announced, and we have all the official details in one place.

It’s time to get cracking on a special Egg event! The Pokémon GO Eggstravaganza is coming back on March 22 at 1:00 p.m. PDT, and this time you’ll have even more chances to hatch certain Pokémon!

This year, an even greater variety of Pokémon will be found in 2 km Eggs, and only those Eggs will be available from PokéStops throughout the event! This means that Pokémon that normally hatch from 5 km or 10 km Eggs, such as Wynaut or Ralts, will be found in 2 km Eggs until the event ends on April 2 at 1:00 p.m. PDT. There will also be an increased hatch rate of certain Pokémon, such as Pichu and Togepi.

Your eggs-traordinary efforts will bring rewards! Every Egg hatched during the event will also include bonus Candy to help you power up your newly hatched Pokémon. Additionally, double Stardust is available throughout the event.

The in-game shop also has special boxes to help you get the most out of hatching your Eggs, which include Super Incubators and Star Pieces. So lace up your shoes and prepare for this egg-citing event!

If you've uninstalled the game or stopped playing for some reason, then it's time to get back into action once again. As ever, the Pokemon GO remains free for both iOS and Android users and you can download it by heading over to the links below.