It is never too early to start speculating what the next iPhone could potentially look like. While there are several reports and rumors surrounding the next year's iPhone 14 and iPhone 14 Pro models, there are no concrete details on the design. It was previously heard that Apple might adopt an iPhone 4-like design next year with no camera bump. However, it still remains to be seen if the company will indeed go ahead with it. A new iPhone 14 Pro concept video has been shared that aims to give us a look at the design and other physical aspects of the device.

Apple's latest iPhone 13 and iPhone 13 Pro models launched last month and the devices have been received pretty well, especially the 'Pro' models. The current flagships are powered by Apple's A15 Bionic chip which has proved to offer enhanced performance and delivers better battery life than last year's models. Take note that the camera bump on the iPhone 13 Pro model is bigger than the iPhone 12 series. The new iPhone 14 Pro concept video appears to show the device with no camera bump whatsoever. The video ha shared by the YouTube channel ConceptsiPhone on YouTube.

As can be seen in the video, the frame of the device is pretty much the same as the current models but the back and the front are where we notice major changes. The boxier design of the iPhone 14 Pro in the new concept video comes with no camera bump at the back. The camera module is covered by a single sheet of glass at the back and it reminds us of the iPhone 4. 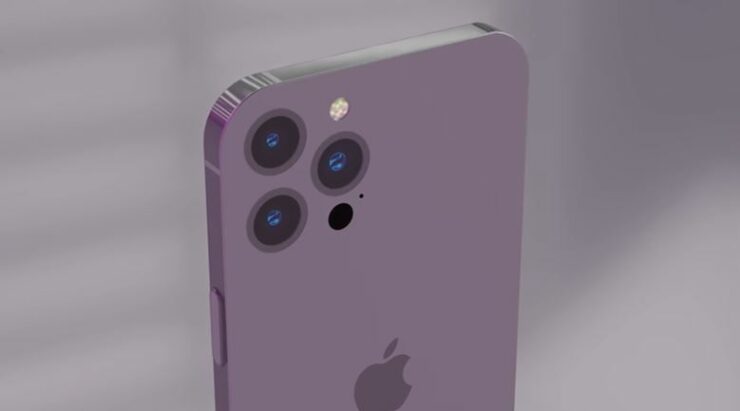 On the front of the device, the iPhone 14 Pro concept envisages no notch but a hole-punch display. Take note that the concept imagines the device to house Face ID. Apple could implement the Face ID sensors under the display for a more seamless viewing experience for users but there has been no word if Apple is actually planning to do something along these lines. 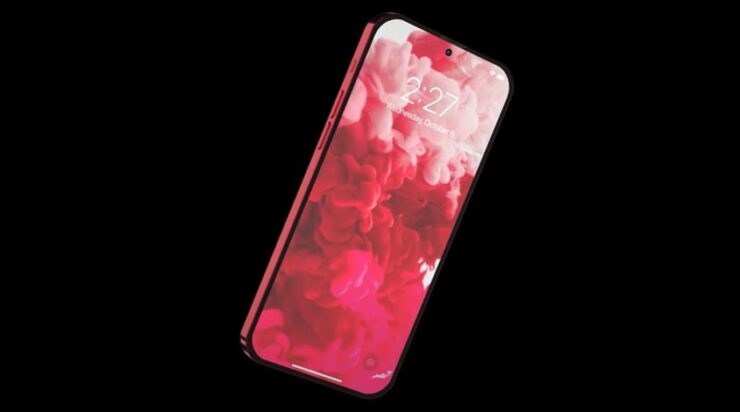 Other than these two aspects, the iPhone 14 Pro concept also imagines Touch ID in the Side button. To be fair, this makes more sense than an in-display Touch ID sensor as the overall idea is practical. The Side button is where your registered finger would naturally go when trying to wake the device up. In addition, the concept video also envisages a 120Hz ProMotion display which is currently available on the iPhone 13 Pro and iPhone 13 Pro Max. The addition of USB-C would be a welcome addition and users have been asking for an upgrade for years.

Lastly, the iPhone 14 Pro concept video also shows some exciting new color options such as Matte Black, Purple, Blue, and more. The video has been embedded above, so be sure to check it out. This is all there is to it, folks. Did you enjoy the concept? What features are you looking forward to with the iPhone 14 Pro models? Let us know in the comments section below.