Being all done with the Galaxy S6 Duo launch this year, looks like Samsung isn't quite done with the Galaxy S6 series just yet. We've been hearing some rumors about a larger sized Galaxy S6 over the past couple of days, and looks like there might be more to the device indeed.After it appeared in a video earlier, now we've managed to get our hands on a render that shows Samsung's larger screened flagship in all its glory. 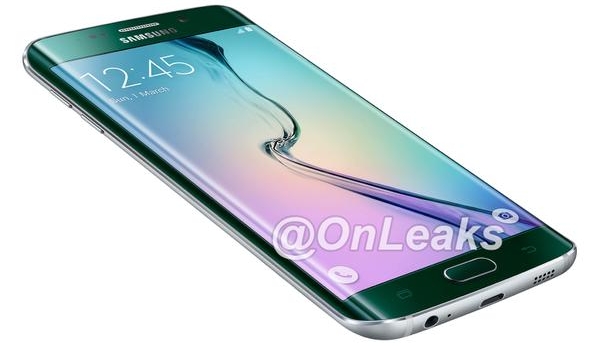 As can be seen in the image above, today's render is the courtesy of notorious leaker Onleaks. We've seen several of his several leaks come true as well, so perhaps there really is some truth behind all those rumors of a larger screened Galaxy S6. According to Onleaks, the device will be coming with a 5.5 inch screened, as opposed to a 5.7 inch screened as rumored earlier. Apart from the render, he's also provided us with some details about the device dimensions. According to today's information, the Galaxy S6 Plus will be coming with dimensions of 142.1 x 70.1 x 7 mm.

With a thickness of only 7 mm, the Galaxy S6 Plus is looking to be right in Apple's iPhone 6 Plus' league. Cupertino's first flagship phablet comes with a thickness of 6.9 mm only and looks like Samsung's eager to give Apple some tough competition in every device segment. Performance wise, the Galaxy S6 Plus is expected so far to come with Qualcomm's Snapdragon 808 processor, as opposed to Samsung's own 14 nm FinFET Exynos 7420. Where will that leave the device's performance and market reception due to that, only time will tell. The device is expected to come in third quarter so there's plenty of time to see whether any of these rumors really do hold their ground. Stay tuned, we'll keep you updated and let us know what you think in the comments section below.