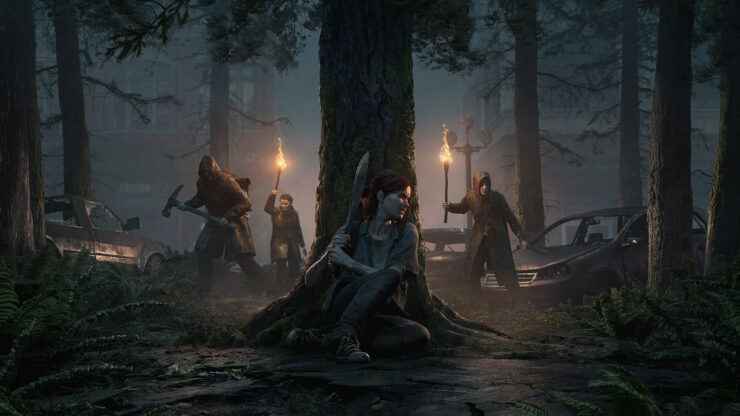 Sony and Naughty Dog have released new key for from the upcoming The Last of Us Part II alongside an amazing free dynamic PS4 theme.

In a new blog post on the official PlayStation Blog, developer Naughty Dog provided a status update about the highly-anticipated sequel, which has now entered the final stretch of production. “We are thrilled to say that we’ve entered the final stretch of production and are putting the finishing touches on The Last of Us Part II as you read this”, Naughty Dog’s communications director, Arne Meyer, writes. “The end of development puts us one very large step closer to launch. We know all of you have been so patient over the last few years, so it’s been thrilling to see our game taking on its final shape and knowing that means it will be in your hands soon.”

Aside from this welcome news, Naughty Dog has also released two key art pieces exploring the two conflicting sides of Ellie’s journey in the game. One of the art pieces has been included at the top of this post, while the other can be found below:

A brand-new free dynamic theme has been made available for PS4 owners as well. This theme transitions from day to night based on the PS4 system clock. You’ll find the download codes for this theme down below.

The Last us Part II is slated for a release on PS4 on May 29. As announced by Naughty Dog, a demo of the game will be playable at PAX East from February 27 until March 1. “Attendees will have an opportunity to play “Patrol,” featuring an early area of the game where Ellie and Dina must venture out of Jackson into the surrounding areas to clear out infected”, Naughty Dog writes. “The demo will span an hour of gameplay and provide just a small glimpse into what awaits you in the full game.”