Fatshark is an amazing indie developer who have worked on a number of memorable games such as Lead and Gold: Gangs of the Wild West, Bionic Commando: Rearmed and Hamilton's Great Adventure. They are working on a new video game called Krater which is an amazing top down action RPG that is still in development and is heading out for a release on June 12th 2012, so far the game has a lot of promise and definitely can be a big hit if they handle the project well enough. 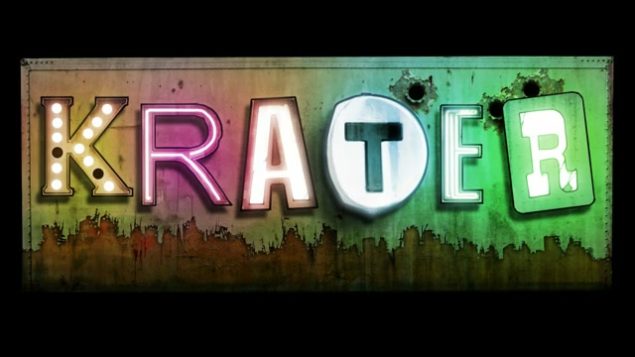 Fatshark is an amazing indie developer who have shown their skills off in many superb games and right now they are working on their first take at the tricky world of Action RPG, Krater is different from the rest as it brings the challenges of crafting, exploration and consequences for your units to help improve themselves the game also lets units keep their injuries as a reminder of their failures. Krater is a post apocalyptic RPG but it surely does a good job of trying to stand out of the rest of the games available in the market:

STOCKHOLM, Sweden. April 11, 2012. Fatshark today announced a release date for their upcoming adventure roll-playing game KRATER. PC gamers can join the adventure on June 12, 2012 via Steam. A Mac version will be available in July.

“We are very happy to announce a rock solid – oh well – release date for KRATER. A game with enormous depth, it really has, it takes place in a very deep crater.” says Martin Wahlund, CEO and Executive Producer, Fatshark. “KRATER brings a rich experience for anyone that likes the post apocalyptic roll-playing genre, and I’m looking forward play coop with other adventurers.”

KRATER is a lush post-apocalyptic top down RPG and the base pillars are crafting, exploration and consequence. Consequence brings not only the ability for the characters to level up and improve themselves, but also permanent injuries and death. The grim reaper never been so grim!

“During the winter and spring, we’ve had over 20 000 pre-alpha/alpha testers and the feedback has been great,” says Victor Magnuson, Game Designer, Fatshark. “Before we release the game, there will be a beta available for everybody that has pre-ordered KRATER.”

If you want to get your KRATER on, and save a few “whatever currency you have” while you’re at it, visit http://store.fatshark.se and pick up the game today!

About Fatshark
Fatshark is located in Stockholm, Sweden and is comprised of experienced and skilled developers. The company has been involved as subcontractors in a number of AAA titles for consoles and PC as well as developed their own IP’s such as Lead and Gold, and Hamilton’s Great Adventure. For more information, visit www.fatshark.se.