Krater is an upcoming game from Fatshark Studios, the same people who made Lead and Gold: Guns of the Wild West, this time the studio is working on a point and click post apocalyptic RPG game which is releasing later in June and will be available on Steam as always but this time the developer is doing something unorthodox, for the mere price of $10,000 the game will be delivered to you personally by the Game Designer Victor Magnuson, cook you a meal and even play the game with you while the price is a little steep it is good to see that the studio is taking an initiative to be among their fans. 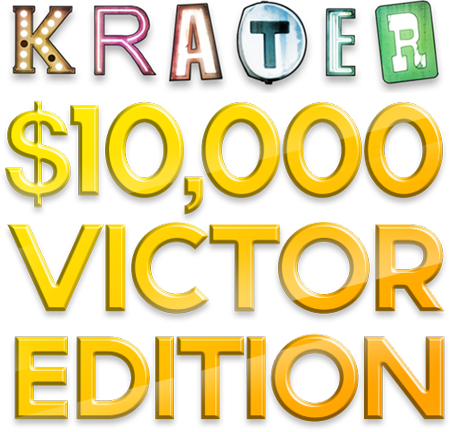 While the game is releasing later in June the studio is taking the initiative to be among their fans in a promotion which takes the indie industry to a whole new level, the game will give players to meet with the Game Designer personally, enjoy a home cooked meal from him as well as enjoy his company when you are playing the game with him. This has to be a first in this industry and it seems to be expensive but for those who can afford it surely won't miss the chance to help the indie industry especially when the said studio is offering something like this.

$10,000 seems like a little too much but I would say it's a fair price especially with the rise of prices in travel and other expenses and the current economic situations of most countries I would say that if the person taking the studio up on their offer the chances are that it will be a rich American or either a very rich European.

Here are some new screenshots of Krater Beta:

The screens look really impressive and I for one can't wait to review the game myself when it releases.

You can read the full press release below:

KRATER DELIVERED TO YOUR DOOR – WHEREVER IT MAY BE

The KRATER 10.000 DOLLAR VICTOR EDITION will not only get you the game, the Game Designer Victor Magnuson will come to your home – wherever in the world it’s located – and personally deliver the game. He will also cook a meal, and then play the game together with the game connoisseur.

“We wanted to do something extra for the game connoisseur, something different that you wouldn’t get with most other games.” says Gunnar Johansson, Brand Manager, Fatshark. “And is there anything cooler than having the Game Designer come to your home and play the game with you? Well, perhaps if he also would prepare a superb meal before the gaming session – so we added that.”

If you want to get a visit from Victor, then you’ll find the KRATER 10.000 DOLLAR VICTOR EDITION here – www.kratergame.com/10k

If you don’t fancy Victor’s cooking, then you can pick up the KRATER COLLECTOR’S EDITION via Steam - http://store.steampowered.com/app/42170/ or the Fatshark Store http://store.fatshark.se – and get 25% off for a limited time.

To get the latest info on all Fatshark activities; follow us www.twitter.com/fatsharkgames, like us www.facebook.com/fatsharkgames, contact us press@fatshark.se, visit us www.fatshark.se, download us http://press.fatshark.se, and read us www.kratergame.com.
About Fatshark
Fatshark is located in Stockholm, Sweden and is comprised of experienced and skilled developers. The company has been involved as subcontractors in a number of AAA titles for consoles and PC as well as developed their own IP’s such as Lead and Gold, and Hamilton’s Great Adventure. For more information, visit www.fatshark.se.