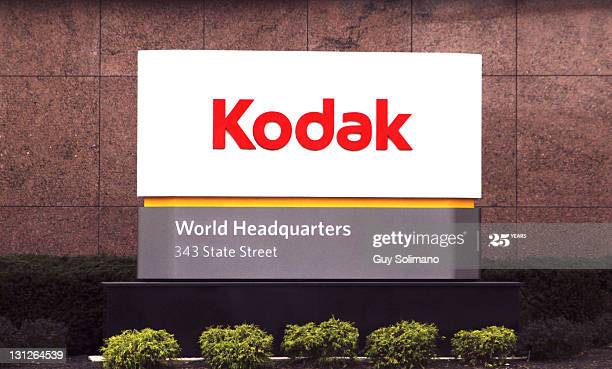 Kodak (NYSE:KODK) – formally known as the Eastman Kodak Company – became an overnight star among momentum chasers toward the end of July as the stock rocketed by an astonishing 1,457 percent in just 3 days!

Unfortunately, Kodak’s fortunes seem to have reversed again. As an illustration, the stock is currently down nearly 40 percent in the pre-market trading. Relative to its year-to-date intraday high of $60, the stock is down a whopping 84.7 percent, presently trading at the $9.18 price level.

So, what has caused such a dramatic swing in Kodak’s shares? Well, on the 28th of July, the Trump administration announced that it would grant a $765 million loan to Kodak. This funding would be used by the company to ramp up the production of key ingredients used by the pharmaceutical industry, thereby, slashing America’s reliance on China and India for these products. As per the details, Kodak will receive the earmarked loan from the U.S. International Development Finance Corp. (DFC) – a new foreign investment agency that is attempting to build a strategic stockpile of essential medical supplies in collaboration with the Department of Defense (DoD). Adam Boehler, the head of the DFC, said on the occasion:

Under the plan, Kodak was to utilize its expertise in crafting chemicals for the camera film in order to manufacture key pharmaceutical ingredients, eventually producing at least a quarter of these essential raw materials currently being imported from abroad.

However, allegations of serious impropriety began emerging soon after the deal was publicized. As an illustration, just a day before the seminal agreement with the DFC was announced, Kodak granted its executive chairman, Jim Continenza, 1.75 million options under a so-called "understanding" with the Board of Directors. Crucially, this incentive was not formalized as a binding contract, thereby, precluding the need for disclosure. Purportedly, Continenza’s desire to safeguard his interest in the company precipitated the move. Additionally, the company also granted stock options to three other executives the day before the pharmaceuticals deal was publicized.

Soon after, several members of Congress raised objections over the deal. Moreover, the U.S. Securities and Exchange Commission (SEC) also initiated an inquiry into the circumstances surrounding this seminal development. These chain events culminated in the DFC pausing its loan agreement with Kodak for the foreseeable future. The decision was announced via a tweet:

On July 28, we signed a Letter of Interest with Eastman Kodak. Recent allegations of wrongdoing raise serious concerns. We will not proceed any further unless these allegations are cleared.

In our post on the 30th of July, we cautioned traders against jumping headlong into Kodaks shares:

“Due to the heightened volatility, we would like to caution potential traders against jumping headlong into this momentum-driven play without conducting due diligence.”

Recent events seem to justify continued prudence with respect to Kodak and other momentum plays.