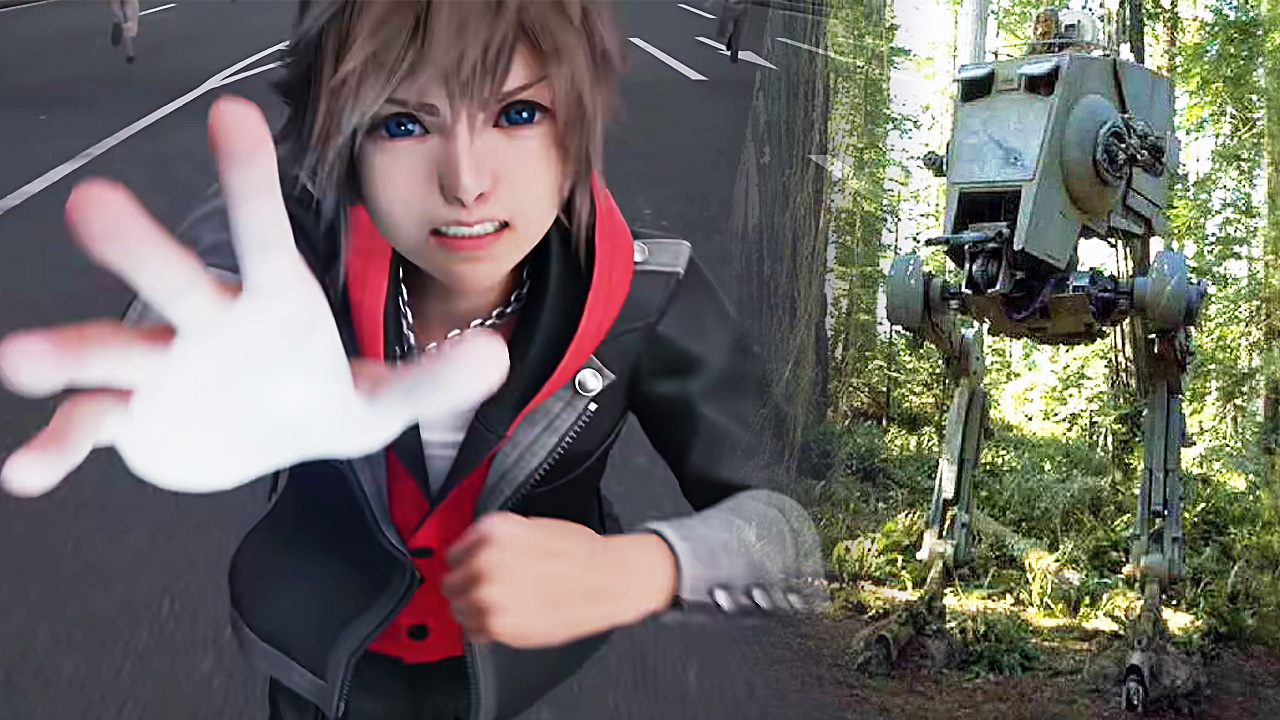 This weekend as part of their celebration of the franchise’s 20th anniversary, Square Enix announced Kingdom Hearts 4, an Unreal Engine 5 soft reboot of the series that promises to start a whole new story arc. The first Kingdom Hearts 4 trailer showed off a lot of interesting stuff, including a fresh look for Sora, a more serious, realistic tone and visual style, and a new open world, but there weren’t a lot of explicit teases about what Disney crossovers and cameos we can expect this time (presumably, that’s still the point of this series).

That said, there was at least one juicy hint – at around the 4:40 mark in the new trailer, we see multiple shots of a mysterious forest, and if you look closely, you’ll catch what looks to be a “foot” of an Imperial walker in the background. Perhaps an AT-ST or even AT-AT (the former would be more of a fit for the leafy Endor-like environment).

Of course, Disney owns Star Wars now, so adding it to the Kingdom Hearts crossover craziness would make sense. And if Star Wars gets roped in, who knows who else from the Disney empire might show up? Marvel stuff is almost certainly on the table, but anything under the Fox umbrella would be too. Come on Nomura, give us a weirdly-humorless Simpsons world.

Missed out on the big Kingdom Hearts 4 announcement this weekend? You can check out the debut trailer here, and an official description of what was shown, below.

Sora makes a triumphant return with an updated look at the beginning of an epic new storyline titled the “Lost Master Arc.” Beginning with Sora facing off in a boss battle against a giant enemy, players are introduced to the Quadratum, a large, expansive city set in a gorgeous, realistic world unlike anything ever seen before in the Kingdom Hearts series. Fans will be excited to see the return of Sora’s well-known companions Donald and Goofy, in addition to the first appearance of Strelitzia, a mysterious new character who appears before Sora in this strange new setting.

Neither platforms or a release window have been announced for Kingdom Hearts 4, although the game is said to be in “early development,” so don’t expect it anytime too soon.