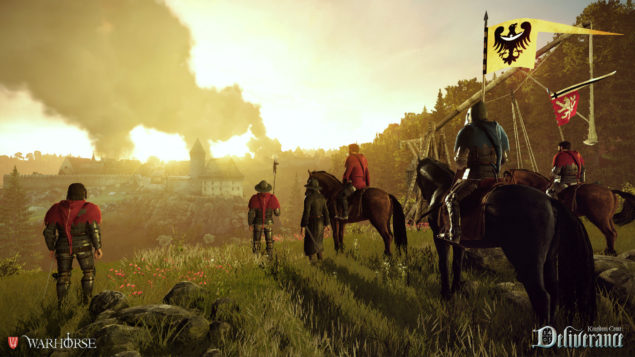 Kingdom Come Deliverance, due in Summer 2016 for PC, PlayStation 4 and Xbox One, is a roleplaying game set in the medieval Kingdom of Bohemia. Powered by CRYENGINE and developed by Warhorse Studios (a Czech studio formed by industry veterans), it was successfully kickstarted in January 2014 with £1,106,371 in pledges.

Backers have had access to the Alpha for some time already. One of them (who is also a CRYENGINE programmer) shared a video of Kingdom Come Deliverance Alpha 0.5, which added support for SVOGI; the video shows a number of different scenes with SVOGI disabled and then enabled.

According to him, enabling SVOGI in Kingdom Come Deliverance costs as little as 3FPS (or 6% performance hit).

We have previously reported on Miscreated, the first released CRYENGINE game to use this feature (though War of the Rights, still in development, is also using it). Hopefully more games will use it - developers have been waiting for quite some time to get a fairly cheap Global Illumination technique.

If you want to know more about CRYENGINE's SVOGI, here's some excerpts from the technical documents prepared by Crytek about how it works and its current limitations/issues.

This GI solution is based on voxel ray tracing and provides following effects: