War of Rights To Be A PC Exclusive, Using DX12 & CRYENGINE’s SVOGI

We've had the chance to speak with Campfire Games, the Danish indie studio behind War of Rights, recently launched on Kickstarter for a crowdfunding campaign. 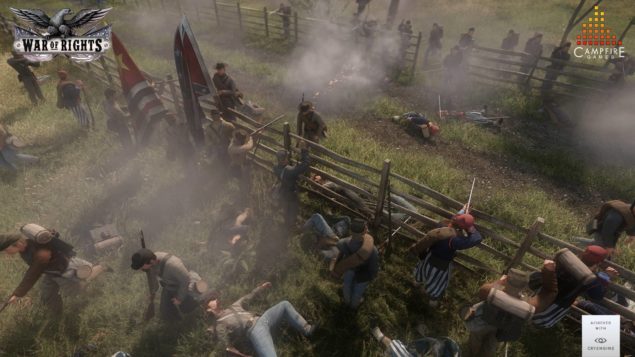 Here's a little excerpt which confirms that War of Rights will be a PC exclusive, for now.

Right now, we’re only focusing on a PC release and no console version is planned.

There isn't even a stretch goal for consoles, which developers often add as an incentive. Campfire Games seems focused completely on the PC version, and they have confirmed that DirectX 12 will be used as soon as it's officially supported by Crytek's CRYENGINE.

Crytek has yet to announce anything regarding DirectX 12, but yes, we do intend to move to it whenever the engine supports it. We expect it to lighten up the CPU draw call work quite a bit.

Finally, we asked if War of Rights supports CRYENGINE's version of SVOGI for Global Illumination (first seen in Miscreated). Apparently it does, and according to the developers it's worth it even if experimental.

We’ve been using that technology ever since it was released by Crytek. It is still on an experimental level according to Crytek and it does get some rather hefty changes from update to update but it’s very much worth it.

Come back later today to read our full interview with Campfire Games on War of Rights.