The new entry of the long running fighting game series The King of Fighters, The King of Fighters XIV, has been in development for some time by SNK Playmore. Not much has been said about the game in the past few weeks, but it seems like we are going to learn more about it later this month, as revealed recently. 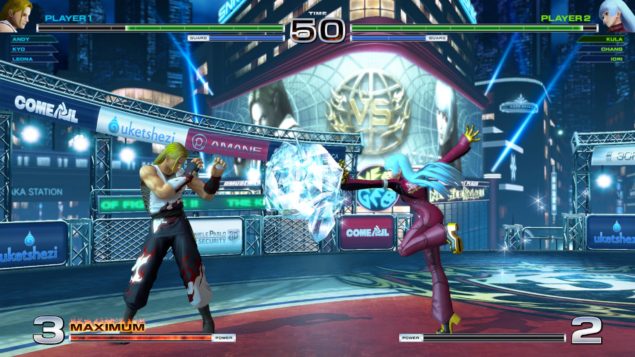 The KOF World Facebook page has confirmed that The King of Fighters XIV will be available in playable form during the Taipei Game Show 2016, which will be held from January 29th to February 2nd in Taipei, Taiwan. We don't know if SNK Playmore is going to make any major announcement on the game as well, but it's safe to assume that more playable fighters will be revealed.

A few days ago, SNK Playmore Executive Yutaka Noguchi has shared more on the publisher's return to video games development in an interview with Japanese magazine Famitsu. Mr. Noguchi revealed that SNK Playmore is currently focusing on PlayStation 4 because of its high worldwide sales. The SNK Playmore executive also revealed that the publisher is currently concentrating on The King of Fighters XIV at the moment but they also want to make better use of other IPs in the future.

The King of Fighters XIV will come with plenty of features long time fans of the series will like, such as a huge character roster including 50 fighters, a Party Battle mode where up to six players can take part in a single match and more.

"THE KING OF FIGHTERS (KOF)" Series has enjoyed huge success across the globe since its birth in 1994.  The latest installment and true successor to the main (numbered) series, has finally been revealed! Game visuals have evolved into 3D graphics, however "KOF XIV" keeps the classic 2D gameplay and "3-on-3 TEAM BATTLE" game system. Furthermore, various new multiplayer online modes such as "PARTY BATTLE" are featured!

The King of Fighters XIV is currently in development for PlayStation 4 and has yet to receive a final release date.