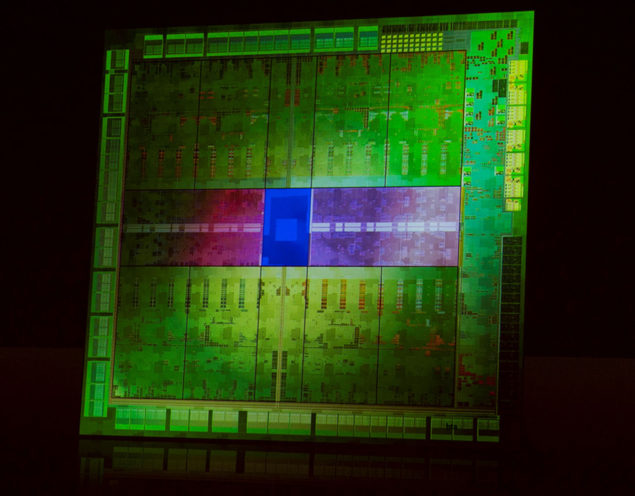 With the benchmarks covered, HKEPC also posted a few slides which detail the GK104 Core block along with NVIDIA's latest technologies which the company would be introducing along side the Kepler GPU's such as a new Anti-Aliasing algorithm called "TXAA", Adaptive V-Sync and an Improved 3D Vision Surround feature. 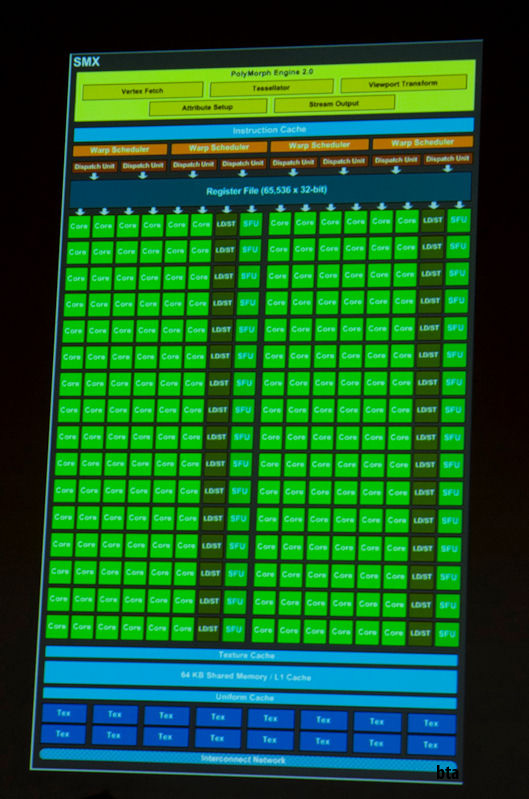 First up is the GK104 Block diagram which explains the arrangement of the Cuda cores on the Kepler Chip. As we all know by now, GK104 is made using a 28nm fabrication process and has a die size of 295mm2 . The diagram details that a GigaThread Engine guides the information between the PCI-e Gen 3 interface and GPU through it, Four Graphic Processing Clusters (GPCs) are located right below it holding a common resource, the raster engine, and two streaming multiprocessors (SMX) each.

SMX is the new name given to the Streaming multiprocessors which hold the next-generation PolyMorph 2.0 engine, instruction cache, 192 CUDA cores. This amounts to a total of 16 SMX units equaling a Cuda Core count of 1536. There are a total of 32 ROP's (4 each), 8 Geometry Units holding a tessellation unit along with a few third level caches. Memory is 2GB 256-bit wide.

Moving on we have the new features such as the TXAA Anti aliasing Algorithm which is said to be super efficient consisting of two modes: TXAA(1), and TXAA2. At TXAA (1) you'll get the image quality of 16xMSAA at only the performance cost of 2x MSAA while TXAA (2) would give you image quality beyond 16xMSAA but at a slightly higher penalty 4xMSAA. A few new games would natively support the feature, For others you can enable through the NVIDIA control Panel.

Adaptive V-Sync allows dynamic adjustments during different scenarios including Screen-Tearing which happens when the FPS go beyond the monitors refresh rate and LAG which occurs when FPS go below the monitors refresh rate. The new 3D Vision also takes a bit help from Adaptive V-Sync by allowing adjustment during various 3D work loads, Also now with a Kepler GPU you can connect upto 4 displays allowing for HD 3D vision through a single GPU!