A user on HKEPC has posted the first real benchmarks of the NVIDIA GeForce GTX 680 GPU which features the Kepler GK104 28nm chip. The user backed his benchmark with a shot of the GTX 680 running on a LN2 cooled rig.

The benchmarks pit the GeForce GTX 680 against the Radeon HD 7970 and GeForce GTX 580 - Both GPU's are NVIDIA/AMD's current flagship cards. The clocks of GeForce GTX 680 are maintained at a 1006Mhz Core and 6008Mhz Memory clock. Test bed included the following rig:

The GPU's were benchmarked in 3DMark 11 (Performance and Extreme Preset) along with a few gaming titles, Temperatures were also recorded. You can check the slides below: 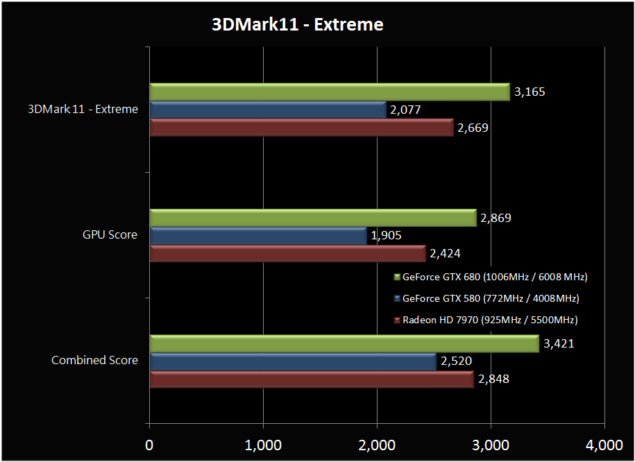 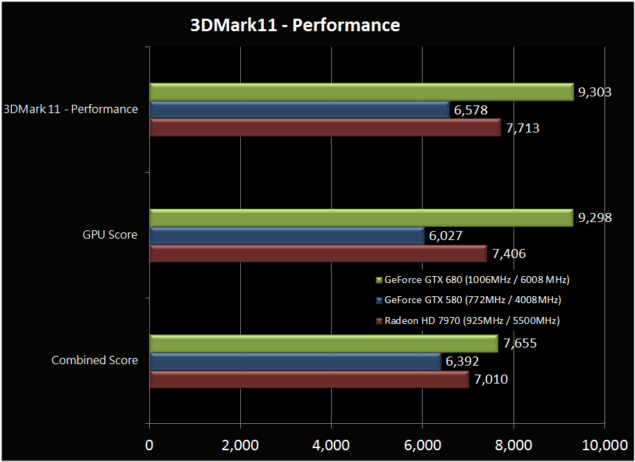 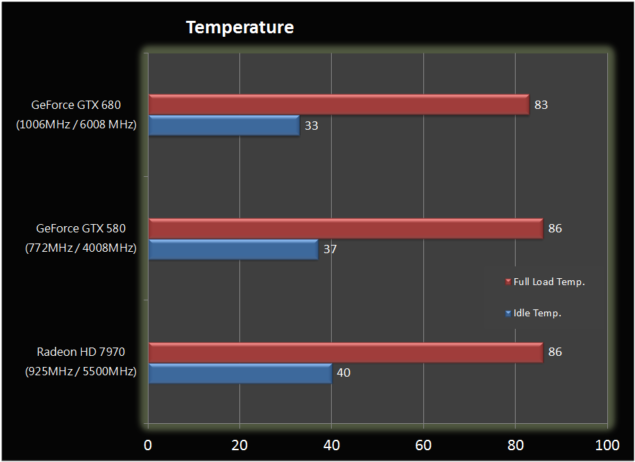 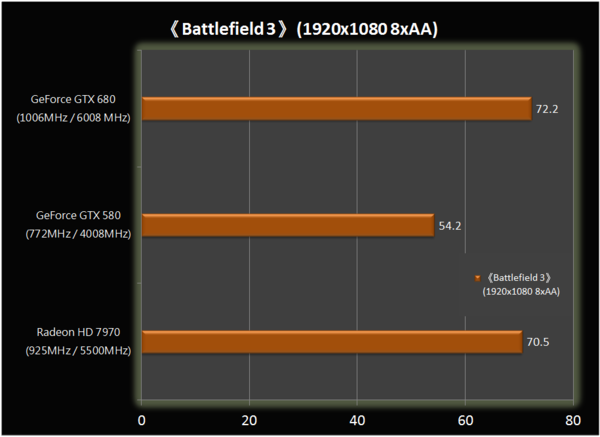 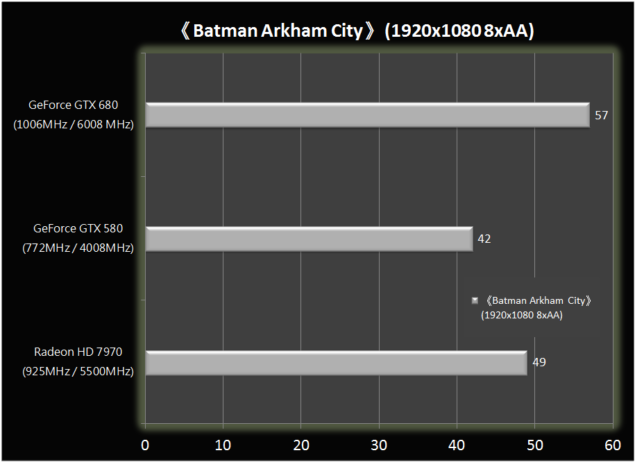 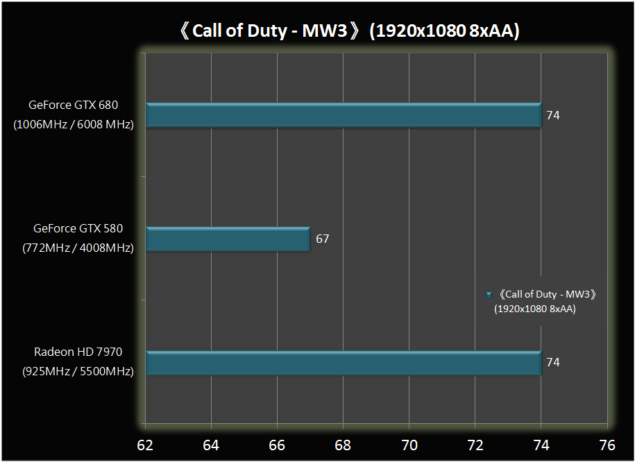 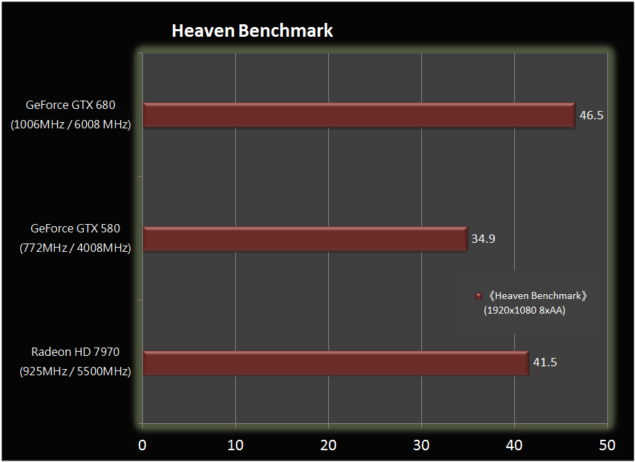 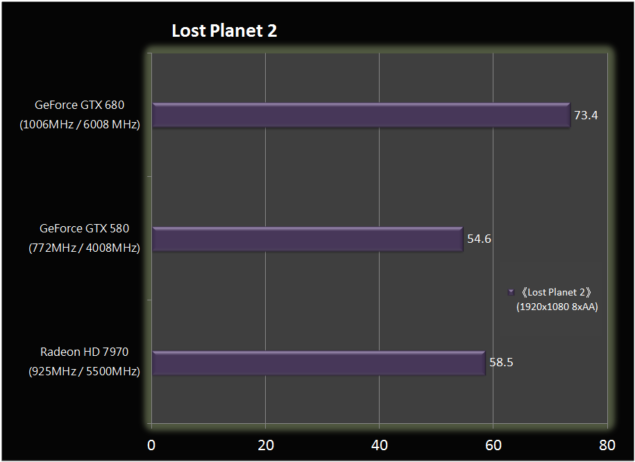 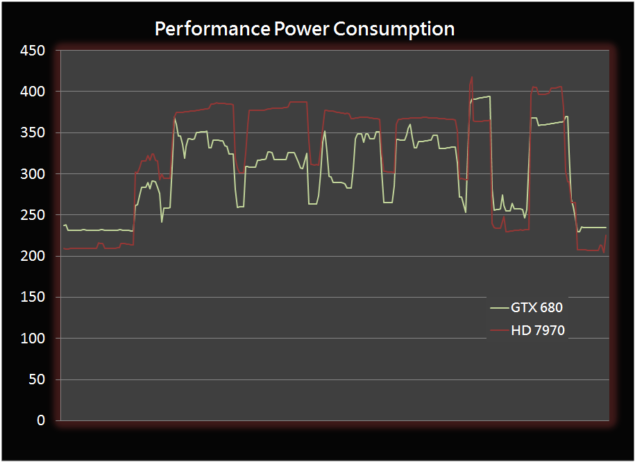 Here we have another 3DMark 11 Screenshot which shows the GPU running at 706Mhz Core, This shows that the GPU switches to a higher frequency (1006Mhz) at 100% load when Speed Boost kicks in - More details on that here. Overall we are looking at great performance from GeForce GTX 680 which is not only faster but also operates at a much lower temperature and consumes lesser power than its rival HD 7970.