Following the reveal of its file size on Xbox One, now also the size of the PS4 version of Just Cause 3 has been revealed on the European & Australian PS Stores. 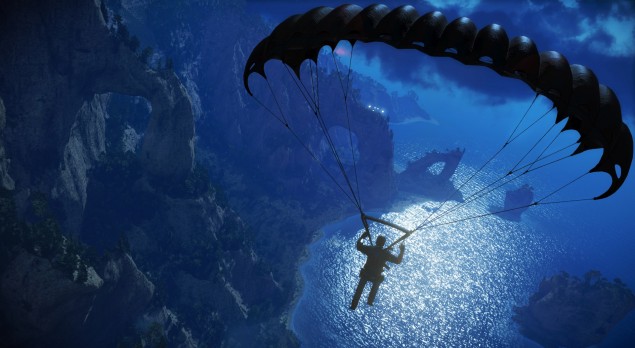 While the Xbox One version weighs in at a hefty 42.49GB, the PS4 version seems to be somewhat slimmer with a listed size of 35.9GB – a difference of approx. 18%. It’s not uncommon that file sizes differ between the two consoles, but in general the differences aren’t that big. 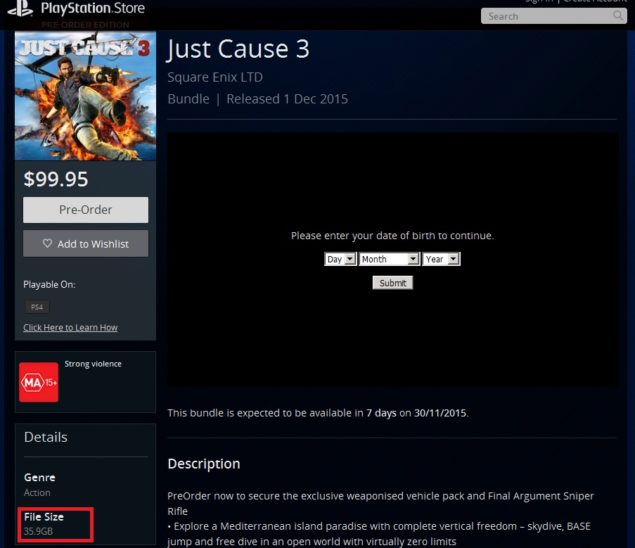 Both the Australian and European PS Stores have listed the same size for the upcoming title from Avalance Studios. The US PS Store still mentions a placeholder file size of 9.5MB.

Just Cause 3 was announced by Square Enix and Avalance Studios back in November last year.

We’ve been waiting for this moment ever since Just Cause 2 was released, said Christofer Sundberg, founder and Chief Creative Officer at Avalanche Studios. “This is the culmination of a decade’s worth of open-world evolution and innovation. In JUST CAUSE 3, we’ve sent Rico to a beautiful Mediterranean archipelago. He is of course bringing his Grapple and Parachute, both with game-changing upgrades, as well as the brand new Wingsuit. JUST CAUSE 3 truly represents the next generation of chaotic sandbox fun, and we can’t wait to show you more next year.”

With Just Cause 3, Avalance Studios aims at delivering yet again the largest map size in the industry. In a recent development video, game director Rolan Lesterlin pointed out that other developers have been expanding their world quite a lot over the years. With Just Cause 3 though, Lesterlin believes that the game will again feature one of the biggest maps created.