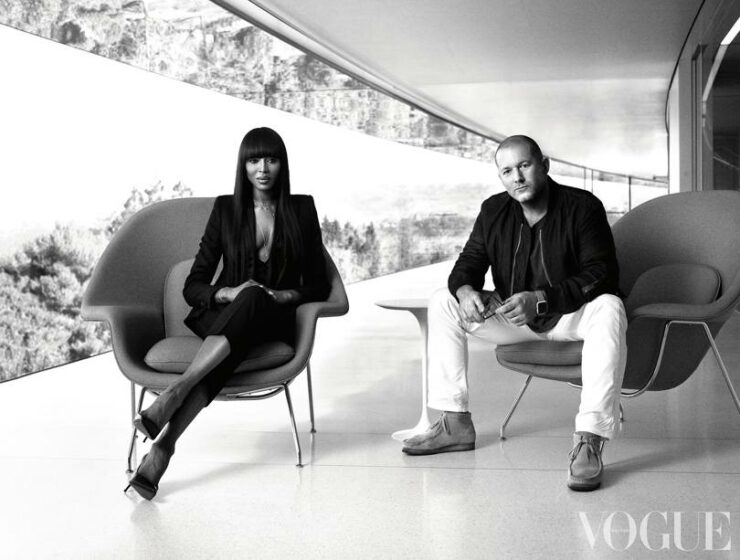 Apple's designs have come a long way. From the original iPhone to the iPhone X, the transition took a long while but was marked as the trendsetter for the entire smartphone industry. Apple\s chief design officer, Jony Ive sat down for an interview with the actress and model, Naomi Campbell to talk about several topics such as Steve Jobs, his design process, Apple secrecy and much more. So let's dive in to see some more details on the matter.

There were a series of questions asked ranging from Ive's personal involvement in the manufacturing process and more. She also brought up the old news that he slept on the floor of the factory when the original iPhone debuted. To the rumor, he did not give a direct reply but stated that he stayed in for months and "I don’t know how you can be an effective designer and not do that," he said.

I don't really see it as being secretive – if I'm working on something and it's not finished, I don't want to show somebody! One of the defining things about the nature of ideas is just how fragile they are: when you're not sure whether some-thing is going to work, the idea is vulnerable. Part of protecting the idea is to be careful about who you show it to; premature criticism can shut something down that perhaps deserves more of a chance.

Ive mentioned that he and the late Steve Jobs saw the world with the same eyes and he misses Jobs more each day. When asked if he had learned any lesson from Steve Jobs, he responded: "There was an incredible liberty in the way he would think. He wouldn’t obey rules that were perceived to be accepted wisdom, and he had an extraordinary optimism and enthusiasm."

He also stated that new recruitments are curated through the thinking and values of Steve Jobs.

The main thing is how they see the world. Ultimately, Steve's legacy is a set of values and, I think, the belief in trying. Often the quietest voices are the easiest to overlook, but he was brilliant at listening as well as leading and speaking. A lot of com-munication is listening – not just listening to figure out what you want to say in response.

There was a lot more to the interview if you're interested in reading more, head over to Vogue's website.

There will be more to the story, so be sure to stay tuned in for more details. As for now, what are your thoughts on Naomi Campbell and Jony Ive interview? Has the man been an inspiration to you? Share your views with us in the comments.