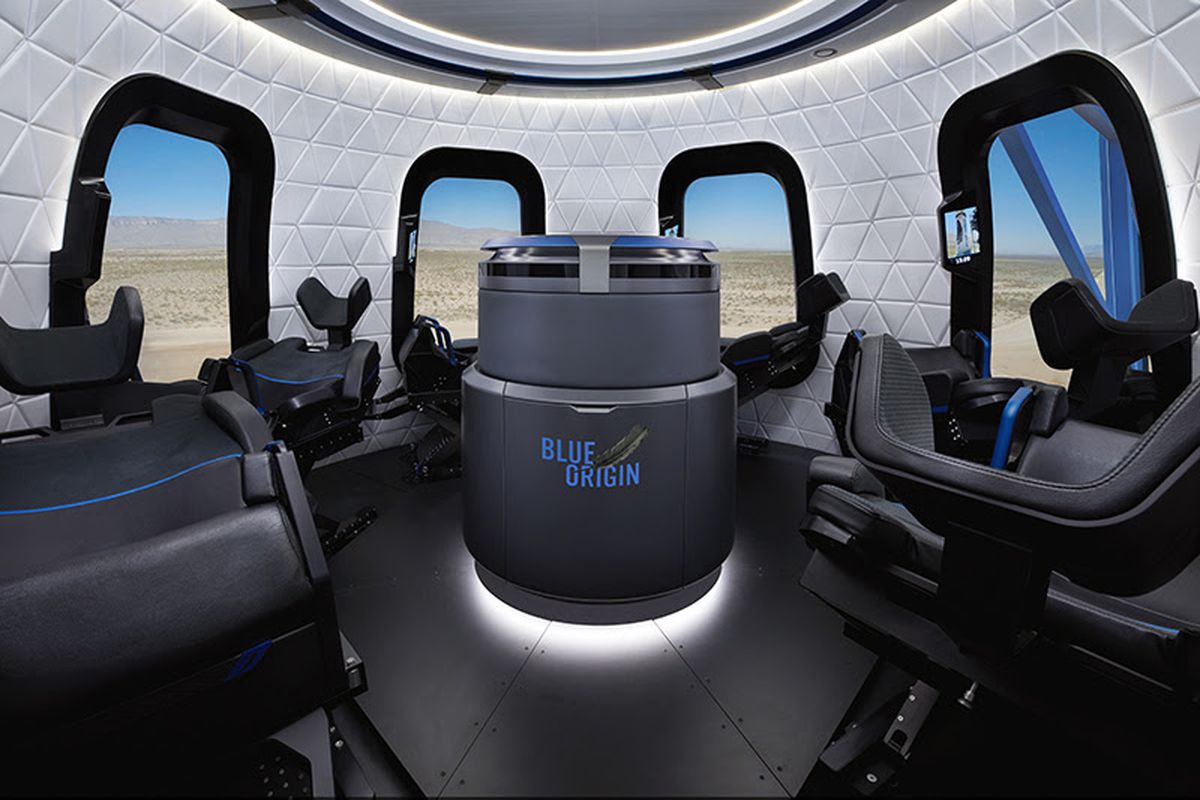 Inside the crew capsule for the Blue Origin New Shepard. Image: Blue Origin

Aerospace vehicle manufacturer Blue Origin founded and owned by Amazon chief Mr. Jeff Bezos has secured a temporary flight restriction (TFR) from the Federal Aviation Agency (FAA) for its flight test facility near Van Horn, Texas. This suggests that the company might conduct a test of one of its launch vehicles later this month, as pressure from its competitor Space Exploration Technologies Corp. (SpaceX) builds, with the latter conducting test and operational launches with a record-setting cadence.

The TFR, which was posted earlier today, restricts airspace movement in the skies above Van Horn from April 14 to April 17. While the restriction does not explicitly mention Blue, the fact that it does state that the notice to airmen is to "TO PROVIDE A SAFE ENVIRONMENT FOR ROCKET LAUNCH AND RECOVERY," for space operations results in a high probability that the company is gearing up for 2021's second New Shepard launch.

Blue's first launch for this year took place in January when it launched the NS-14 mission to test suborbital human spaceflight capabilities after providing a day's notice. The flight marked for the first test of its fourth-generation New Shepard rocket, through which the company also hopes to undertake private suborbital flights in addition to science missions for the National Aeronautics and Space Administration (NASA).

If a test flight takes place on the TFR dates, it is uncertain whether it will continue testing Blue Origin's crew capsule. In its latest test flight, the company tested its crew capsule for several upgrades, including thermal control systems, crew panels, and speakers. 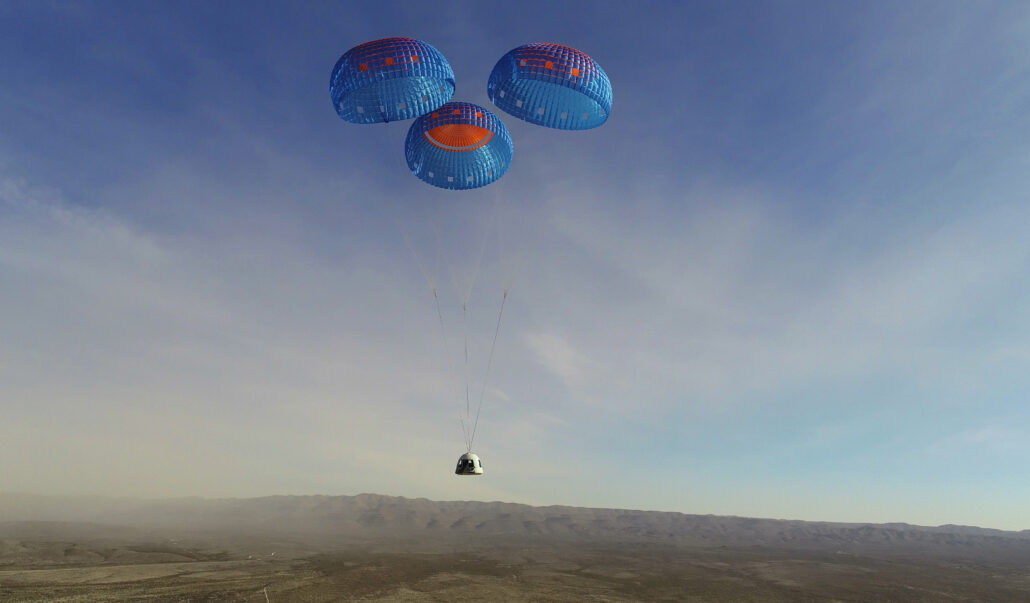 Blue Origin's crew capsule for the NS-14 mission as it lands back after a successful test in January. Image: Blue Origin

In addition to the New Shepard, Blue Origin is also developing the New Glenn heavy-lift orbital launch vehicle. Similar in payload profile to the SpaceX Falcon Heavy, the New Glenn uses the company's BE-4 engine with liquefied natural as its fuel to generate more thrust than the SpaceX Merlin 1D. Like the Falcon 9, which uses nine Merlin 1Ds for ascent, New Glenn plans to use seven engines. However, the upcoming test will not involve the rocket, as Blue Origin has announced the target date for New Glenn's first test flight will be the second quarter of next year.

Blue has also been testing the New Shepard since 2015, with the company being the first private rocket manufacturer to land a rocket vertically in November 2015 successfully. However, it is yet to conduct operational missions with the rocket, due to a different design approach than SpaceX's rapid test, rapid failure methodology.

The New Shepard will also serve the needs of researchers seeking to experience zero gravity for their science payloads - a market that is expected to grow once flights to the Karman line pick up the pace.

The rocket's test mission, which took place in October last year, used technologies similar to what Blue Origin plans to use on its lunar lander for NASA's Artemis missions. Sensors used for the test included LiDar sensors, an inertial measurement unit and a camera among others. Suborbital flights that the New Shepard hopes to conduct reduce the cost of sending scientific payloads to the International Space Station (ISS) for research in low gravity but provide researchers with less time than they would have onboard the space laboratory.

The rocket is powered by a single BE-3 engine which uses Liquid Hydrogen as its fuel. Blue Origin also intends to use a modified version of this engine for the second (upper) stage of the New Glenn rocket.