Japan announced that it was taking steps to limit the export of crucial raw materials to South Korea used in advanced semiconductor manufacturing processes. Japan is removing South Korea off its "white list" of countries that have relaxed exporting rules - and in this case, South Korean firms will be asked to get approval with 90-day wait times on each shipment, wreaking havoc to their lead times and general availability.

The materials in question are used for the photoresist as well as transistor etching (hydrogen fluoride), and South Korea relies heavily on Japan for more than 90 percent of its photoresist chemicals and almost 50 percent for the etching materials. As if that wasn't bad enough, South Korea is home to the world's two largest smartphone manufacturers, LG and Samsung, and a vital compound known as Fluorinated Polymide is also heavily sourced from Japan. 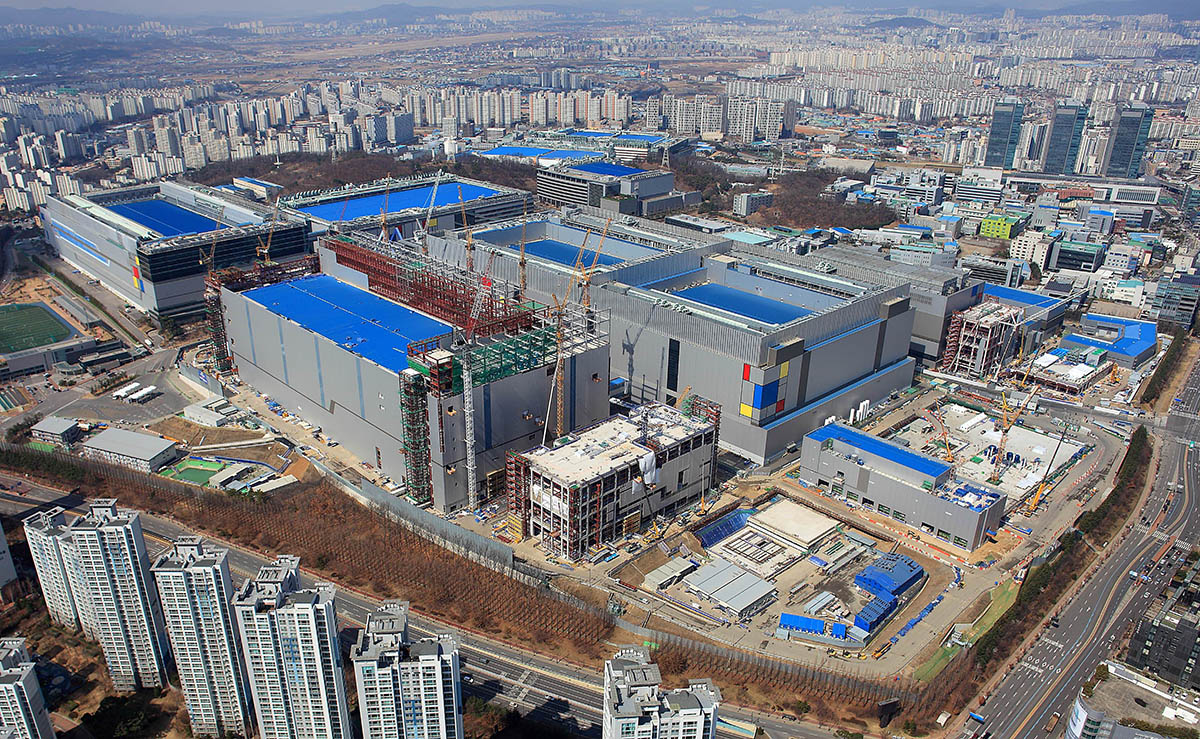 A 90 day wait period to gain approval to export a necessary raw material is a huge problem for companies like Samsung Semiconductor. Semiconductor manufacturers have to react to a dynamic market where prices and demand are volatile and production schedules need to be constantly tweaked to ensure inventory is kept lean while the plant is kept running at optimal capacity for a given demand level.

Understandly Samsung and others like SK Hynix are immediately searching for replacements outside of Japan. Countries like China or Taiwan have some capacity, but remember Japan is the world's leading producer of these compounds. Increasing production capacity takes time and money, which could be a hard sell for these suppliers since Tokyo could reverse its decision tomorrow. Would a potential vendor want to gamble on a new production plant in such an uncertain situation?

Further complicating matters is the fact that these are specialty chemicals and they require a lot of proprietary knowledge involved in the manufacture of them. There aren't publicly available recipes and production techniques are closely guarded secrets.

Per Reuters, an unnamed South Korean chipmaker said, “These materials, they are not something that we can find at another store and buy quickly”. Stop right there if you think Samsung, LG, or Sk Hynix can simply stockpile large amounts of the materials, either. Forget for a moment that building up large amounts of inventory would hurt their cash flow and balance sheets.

TSMC famously received a bad batch of photoresist chemicals just this year. Quality is critical with these components.

These compounds made in Japan can't be easily stockpiled due also to technical reasons. Hydrogen fluoride is toxic and requires expensive hazardous-material handling precautions, so extra storage may not be available. The photoresists are even harder to stockpile as they deteriorate quickly, so no use in building up large amounts of inventory that will go bad before they can be used.

Let's not forget about quality, either. If you recall, TSMC famously made a half a billion dollar blunder by using poor photoresist chemicals on one of its production lines. Keep in mind that TSMC (NYSE:TSM) is the world's leading chip fabricator and they were purchasing this from a known vendor, yet despite the many quality controls that are surely in place, a bad batch was produced and slipped into TSMC's inventory.

All is not lost, however. Tokyo Ohka Kogyo Co Ltd makes high-quality photoresists and said that it can maximize production out of an existing plant located in South Korea, which would skirt the Japan exports issue. Other Japanese suppliers offered similar sentiments. JSR also produces photoresists and said its Belgian plant could supply some to its South Korean customers. Stella Chemifa Corp, based in Japan, makes 70 percent of the world's hydrogen fluoride (etching) and while it didn't say how much, company reps did say that it owns a plant in South Korea through a joint venture.

Its unclear if Japan will continue to delay exports of these materials or even if it will move to impose a ban. These materials are all used in next-generation EUV production lines and we could be looking at serious implications if the Japanese and South Korean governments can't come to an agreement on this issue.