Apple has just released the incremental iOS 7 update for public, the iOS 7.0.5. The latest iOS 7.0.5 released OS is coming after some two months of iOS 7.0.4 update.

The incremental iOS 7.0.5 update brings usual bug fixes and performance improvements. The changelog says the the update is only available for a certain few models of iPhone 5s and 5s in China. However, you can download iOS 7.0.5 from these direct download links if you haven't got the OTA update.

Note: There are reports from users seeing this update in Germany, Croatia and UK. 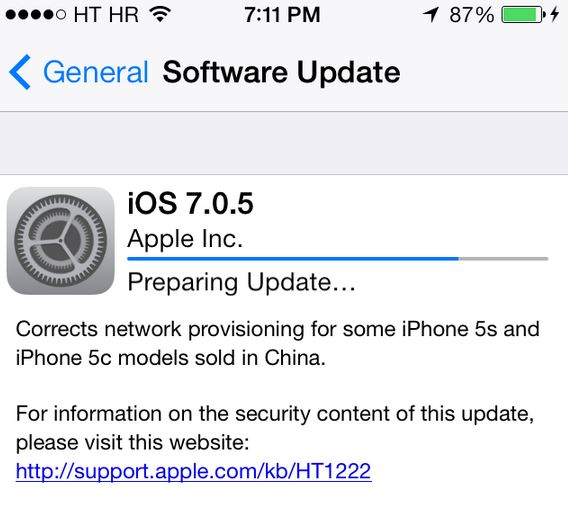 From Settings > General > Software Update you can check if you have received the latest iOS 7.0.5 update OTA or not. You can also check all the latest firmware updates by connecting your iDevice with iTunes.

If you haven't yet received the latest released iOS 7.0.5 update, you can go to the following direct links to download iOS 7.0.5 on your iPhone 5s or iPhone 5c.

Please note that it is still unconfirmed if the latest iOS 7.0.5 update is jailbreak safe or not (read: iOS 7.1 Beta 4 Security Patches – Would Evasi0n7 Work Now?). Keep tuning into this space as we will try to update you about iOS 7.0.5 jailbreak safety status as soon as we get to hear something from evad3rs team or the usual jailbreaking community leaders.

[Update]: An unofficial evasi0n7 has arrived to help you jailbreak iOS 7.0.5. However, we recommend you to wait for official evad3rs team iOS 7.0.5 update. Nevertheless, it's your choice. 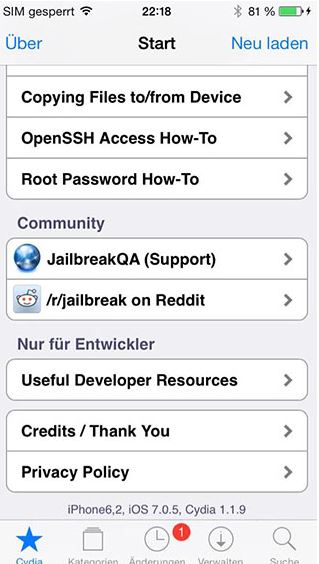 Let us know in the comments if you have already updated your iPhone 5s or iPhone 5c to this latest released iOS 7.0.5 firmware update for China Apple smartphones.