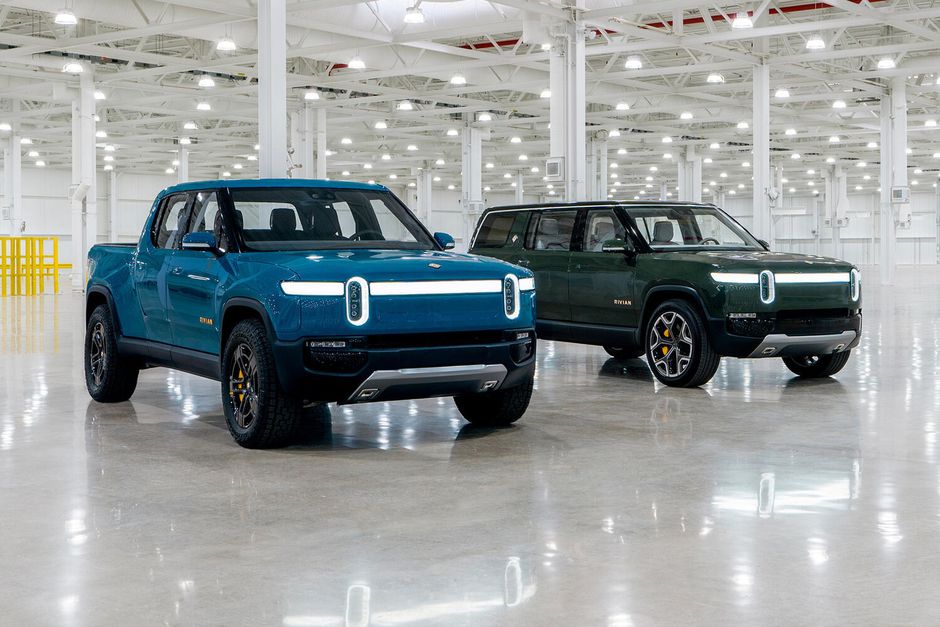 Rivian (RIVN), the EV manufacturer that enjoys backing from Amazon (NASDAQ:AMZN) and Ford (NYSE:F), is about to undergo one of the most anticipated public flotations of 2021, with the company now having filed for an IPO, albeit confidentially.

While this announcement was expected, the fact that Rivian is now seeking an $80 billion valuation has raised quite a lot of eyebrows, especially as the company is still largely in the pre-revenue phase, barring the delivery of a few prototype delivery vans to Amazon for testing.

As a refresher, Amazon invested $700 million in Rivian back in September 2019. As part of the arrangement announced back then, Rivian is slated to provide 100,000 electric delivery vans to Amazon through 2030. These vans would play an important role in the e-commerce giant’s strategy to become carbon neutral by 2040. Of these, the first 10,000 vans are expected to hit the road by 2022.

Additionally, the deliveries of Rivian’s R1T electric truck are now expected to commence in September 2021, with the R1S SUV following suit soon after. Notably, both of these EVs share the same basic architecture as that of the Amazon delivery van, thereby creating substantial cost-saving synergies in the process. The R1T is expected to start retailing at around $70,000, a price tag that commands a hefty premium relative to the Ford F-150 Lightning electric pickup truck. Rivian’s truck will offer a range of about 400 miles and an acceleration from 0-60 mph in 3 seconds. As far as the R1S is concerned, the EV manufacturer aims to introduce this SUV in Europe as well in 2022, thereby tapping another vibrant EV market.

Is Rivian’s IPO a Poisoned Chalice for Investors?

As Rivian broke the news of its impending IPO on Friday, Tesla’s (NASDAQ:TSLA) CEO, Elon Musk, fired the first shot across the proverbial bow of the company:

Don’t want to be unreasonable, but maybe they should be required to deliver at least one vehicle per billion dollars of valuation *before* the IPO?

While R1T deliveries would commence in September, it is hard to conceive the company building any sizable momentum going into its IPO in October. Hence, the onslaught of apprehension from a few corners. At least, strictly speaking, Rivian would not be a pre-revenue company by that time; thank heaven for small mercies.

Nonetheless, I do believe that the company offers an attractive avenue for long-term investment. First, Rivian is one of the most well-capitalized private enterprises in the US, having raised $10.5 billion cumulatively by July 2021. Much of this funding is reportedly slated for a new $5 billion facility near Fort Worth, Texas. The sprawling 2,000-acre facility – dubbed Project Tera in Rivian’s internal documents – is expected to create 7,500 jobs by 2027 and feature a production capacity of around 200,000 units per annum.

In another bullish sign, Rivian appears to be following in the footsteps of Tesla by aiming for its own charging network – dubbed the Rivian Adventure Network – across North America. The network is expected to consist of around 3,500 DC chargers at over 600 locations in the US and Canada by 2023. While this strategy is quite capital-intensive, Rivian’s well-capitalized coffers mean that it is one of only a handful of companies that can successfully establish a sprawling charging network in a relatively short period.

Finally, consider Rivian’s Total Addressable Market (TAM). According to a report by Mordor Intelligence, the electric truck market is expected to witness a Compounded Annual Growth Rate (CAGR) of 14.3 percent between 2021 and 2021, increasing from a size of just $20 billion in 2020 to $44 billion in 2026. Consequently, if Rivian manages to capture just 10 percent of this market by 2026, it would still correspond to a revenue of over $4 billion from the sale of R1T alone. Of course, the company is also expected to generate significant revenue from the sale of R1S SUVs as well as over 10K annual units of the Amazon electric van between 2022 and 2030.

Tesla’s Cybertruck and Ford’s electric F-150 offer formidable competition to the R1T. Moreover, making prototypes is easy. The real challenge lies in scaling up production. And it is here that Rivian’s mettle remains untested for now.

Given Rivian’s healthy prospects, I don’t believe that its flotation is a poisoned chalice for those investors willing to take a long-term view. In the short term though, the risk around Rivian shares would remain skewed to the downside.