Is Quantic Dream’s Detroit: Become Human Getting A Release Date at E3 2017? 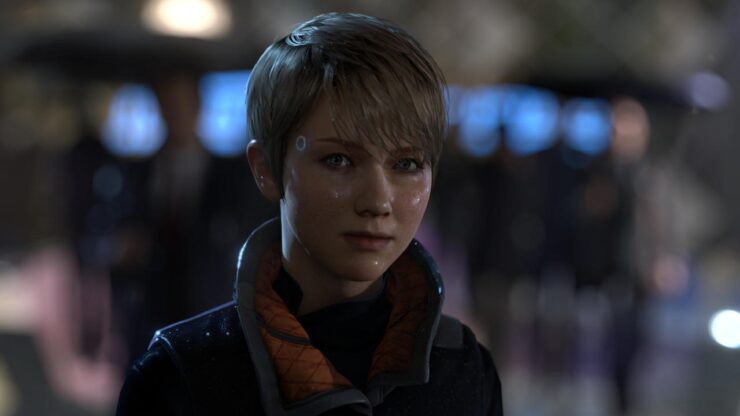 Now, we could be very near to know a lot more about it - including, perhaps, its release date. The French studio known for games like Fahrenheit, Heavy Rain and Beyond: Two Souls posted a photo of a team-wide celebration just yesterday evening.

It seems a peculiar time to celebrate - the studio's anniversary is in December, for instance. Unless they are about to announce a release date during Sony's E3 Media Showcase....

That something big is coming from Quantic Dream can be guessed by how openly excited Bryan Dechart, the actor playing Connor (one of the main characters in Detroit), seems to be on his Twitter feed.

He retweeted several fans calling for the game to be showcased at E3 2017 and even chimed in, saying that he's really looking forward to E3 and meeting fans of the game. He also reshared a tweet by GAME mentioning that Detroit: Become Human would be available for pre-order this weekend.

I am, really looking forward to it! Last year was incredible. #StayTuned #E32017 https://t.co/LxubC675AH

#E3Predictions is trending: What do you look forward at #E32017?
I'm ready to play @CrashBandicoot on #PS4 & meet #DetroitBecomeHuman fans!

Some really big games due for an update during the #e3 weekend, one of them is #DetroitBecomeHuman. Pre order in store this weekend. pic.twitter.com/5jvVPzUav1

It's not really far-fetched that we'll get a release date when you consider that the script was finished almost eight months ago, as revealed by Director David Cage. Whether it would be for this year or the next is another matter entirely, though, and will largely depend on where Sony believes the game can best fit the upcoming schedule of PlayStation 4 exclusives.

Just like in previous games made by Quantic Dream, this will be an action/adventure played in third person view with multiple playable characters whose death does not spell the end of the game, unlike most titles. All playable characters will be androids, with one particular android (Kara, from the tech demo produced a long time ago for PlayStation 3, played by Valorie Curry) being able to escape the factory she was made in and exploring her newfound sentience.