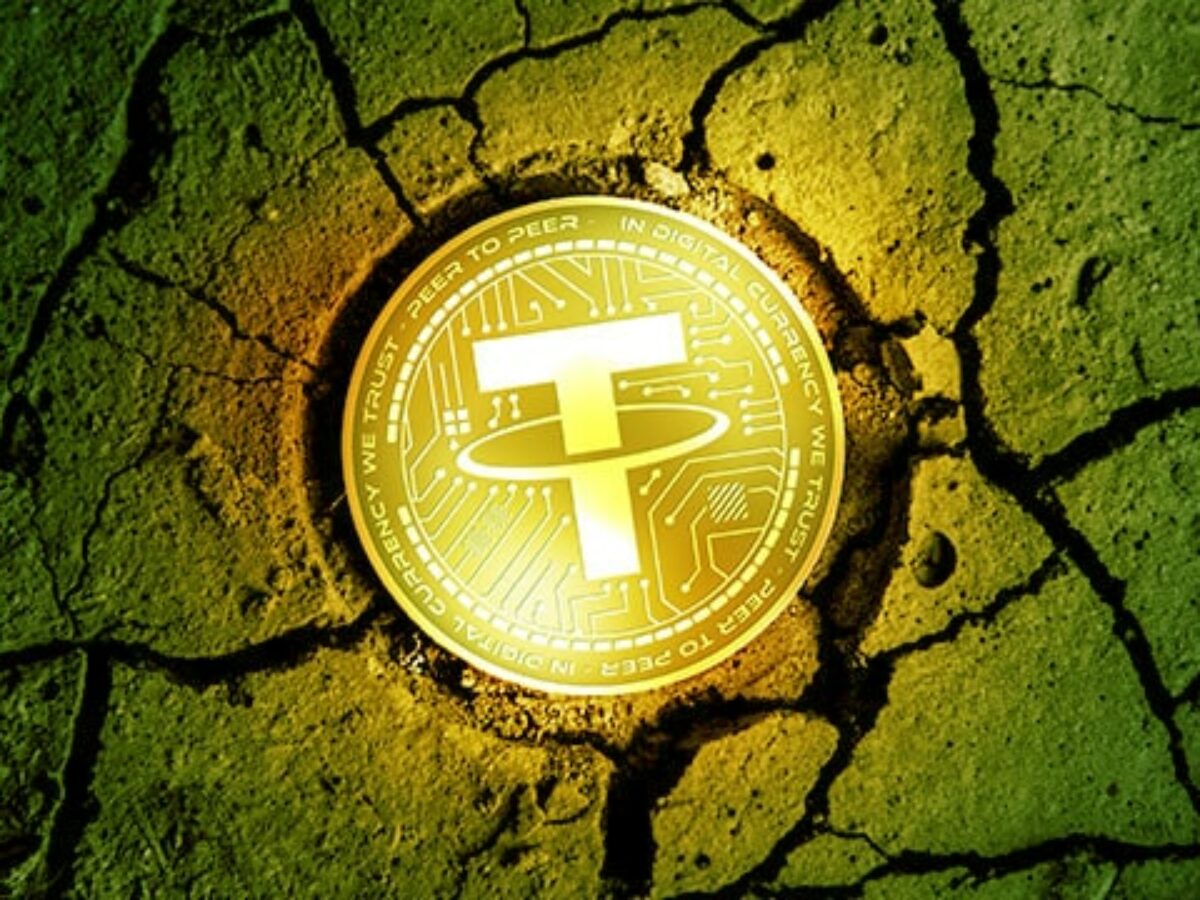 Tether (USDT), a stablecoin with its price pegged to 1 USD, has long been regarded as the soft underbelly of the crypto sphere. Now, however, with the prolific short-seller Hindenburg Research out for Tether’s proverbial blood, chickens may finally be coming home to roost for the stablecoin.

As a refresher, Tether is currently the fifth-largest cryptocurrency by market capitalization, as per a tabulation by CoinMarketCap. Tether tokens – developed by the crypto exchange BitFinex and which trade under the symbol USDT – were originally backed by an equivalent number of US dollars. This meant that each USDT should always equal 1 USD. However, back in February 2019, Tether changed (retrieved from archive.org) this policy to one where the Tether coins are now “100%” backed by its “reserves”. For reference, these reserves include currency, cash equivalents (such as US Treasuries), as well as other assets and receivables from loans made by the company to third parties. As is evident, the wording around this crucial policy is quite vague and forms the basis of the plethora of criticism that has been heaped on Tether in the interim.

To add to its woes, Tether has not been a shining example of corporate governance lately. As an illustration, a 2019 investigation by the New York Attorney General concluded that the company had hidden “a loss of $850 million of co-mingled client and corporate funds.” In the ensuing settlement agreement, it was revealed that Tether coins in circulation remained virtually unbacked for certain periods of time. Tether was also barred from doing business in New York.

In August 2021, Tether released an attestation of its reserves as of the 30th of June 2021. As per the document, out of its total assets of $62.773 billion, only $6.282 billion or just around 10 percent of Tether’s total assets were in the form of cash and bank deposits. On the other hand, nearly 50 percent of the assets were in commercial papers. Of course, this revelation hardly served to assuage the concerns of Tether’s critics.

On the 15th of October 2021, the CFTC ordered Tether and BitFinex to pay fines totalling $42.5 million for falsely claiming that the stablecoin was fully backed by US Dollars.

Readers should note that stablecoins such as Tether do serve an important function in the crypto market. Since their values are not supposed to budge from their stated pegs, stablecoins often act as a medium of exchange, allowing crypto investors to conveniently convert one cryptocurrency to another.

The prolific short-seller Hindenburg Research has now published a fresh blog on its site. Crucially, the firm is now offering a $1 million bounty to anyone who is able to provide “information leading to previously undisclosed details about cryptocurrency “stablecoin” Tether’s backing.”

Bear in mind that stablecoins fall under the jurisdiction of the SEC. However, the regulator has so far refrained from jumping into the fray.

This brings us to the crux of the matter. Tether plays a vital role in the smooth functioning of the entire crypto market, now worth well over $1 trillion. For years, the crypto sphere was beholden to the whims of the Chinese regulators, with the market going through a series of bull and bear cycles depending on whether the Chinese adopted an accommodative or prohibitive policy toward cryptocurrencies. This paradigm ended for good toward the start of the summer when China completely banned crypto mining, resulting in a mass exodus of mining activities out of China and into the US and other countries. Moreover, with the US SEC having declared that a China-style crypto ban was not in the offing in the world’s leading economy, many analysts expected smooth sailing ahead for the entire crypto sphere.

Against this backdrop, Bitcoin’s ongoing ferocious rally, spurred in part by the launch of the first futures-based Bitcoin ETF, has only served to enhance the overall sentiment. As per a Bloomberg report, the ETF could attract funds worth over $50 billion in its first year, thereby pushing the spot price of Bitcoin well north of $100,000.

Nonetheless, a new threat to this rosy outlook has now emerged in the form of Hindenburg Research’s bounty. Should this attempt expose Tether as a glorified Ponzi scheme, as is alleged by the stablecoin’s critics, it would severely rattle the confidence in the entire crypto sphere, perhaps even spurring a fresh bear market.

Tether has now provided the following statement to us via email:

“This stunt from Hindenburg Research is a pathetic bid for attention while others are making real change and building wealth and results. They are attempting to discredit not just Tether, but an entire movement. Thankfully, everyone sees through their opportunism as bitcoin approaches another all time high.

This is not the first time Hindenburg Research has orchestrated an apparent scheme in pursuit of profit. Nor will it be the last. Tether abhors and denounces their actions and transparent motives. Tether’s history of always honouring our customers’ needs, while navigating developing regulations and industry norms, shows our primary commitment to our stakeholders through trust and innovation.

Tether is a trailblazer, a special breed in business, and we have big visions for the future. Like those that came before us, and those who will come after, we are scrutinized more than others, and especially our peers and competitors, but we understand our role and responsibility and will continue to focus on our customers’ requirements and defending the crypto markets.”

Do you think Hindenburg Research will succeed in digging dirt on Tether? Let us know your thoughts in the comments section below.