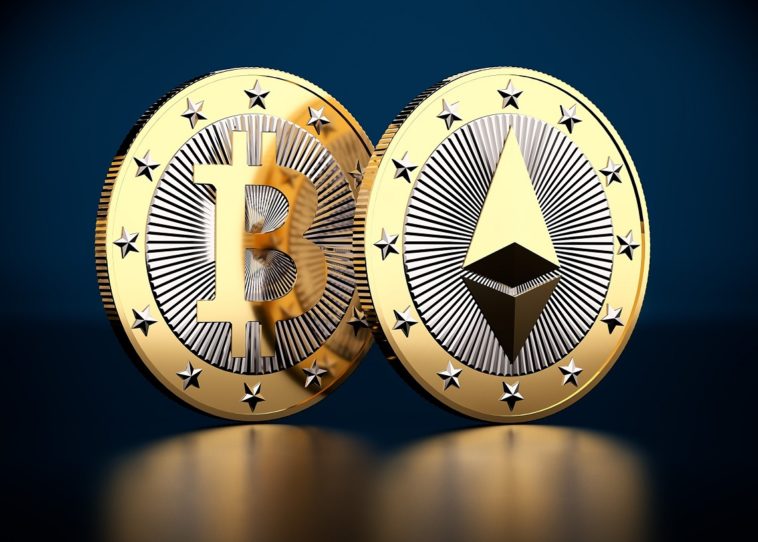 Ethereum, an open-source blockchain that supports an entire ecosystem of smart contracts, made history earlier this year when the project’s native Ether coin hit an all-time high. While the coin’s price did moderate amid a general price swoon in the entire crypto sphere, evidence for another epic bull run is growing stronger by the hour.

Of course, as has been the case for the past few years, Bitcoin (BTC) is currently leading the charge. In fact, the world’s premier cryptocurrency is now just 6.7 percent shy of its all-time high of $64,863 recorded on the 14th of April 2021. While a number of factors have been supporting the ongoing rally in Bitcoin, there is a growing consensus in the market that Ethereum would likely adopt the leadership mantle soon. Let’s elaborate.

Readers would remember that the wider crypto sphere, including Ethereum, was hammered toward the start of the summer as Elon Musk adopted a much more cynical stance toward Bitcoin. Concurrently, China shook the last vestiges of that bull run when it banned crypto mining altogether, forcing a mass exodus of all mining operations out of the country. Since then, however, the US SEC has indicated that a China-style crypto ban is not in the offing in the world’s leading economy. Moreover, as we had detailed in a previous post, the US SEC has now approved a futures-based Bitcoin ETF, thereby eliminating the need to securely store one’s Bitcoin stake in order to gain exposure to the cryptocurrency’s price performance. On the technical front, Bitcoin’s upcoming Taproot upgrade is also bolstering the cryptocurrency’s bullish thesis. As a refresher, the upgrade aims to improve the privacy of multi-signature (multisig) transactions and unlock the potential for smart contracts – a program that automatically executes certain actions – to run on the Bitcoin blockchain. The Taproot upgrade would also reduce the block space required by transaction data – this is done by compressing the data associated with multisig transactions. Since smart contracts, by their nature, involve multisig transactions, the upgrade would significantly enhance Bitcoin’s smart contract capability. In anticipation of this upgrade, the Bitcoin Lightning Network – a Layer 2 protocol that facilitates peer-to-peer transactions – has more than doubled its capacity since June 2021.

Ethereum (ETH) Is Gearing up to Don the Crypto Leadership Mantle

This brings us to the crux of the matter. Bitcoin’s ongoing rally should hit an ephemeral plateau following the Taproot upgrade, thereby paving the way for a leadership transition toward Ethereum. 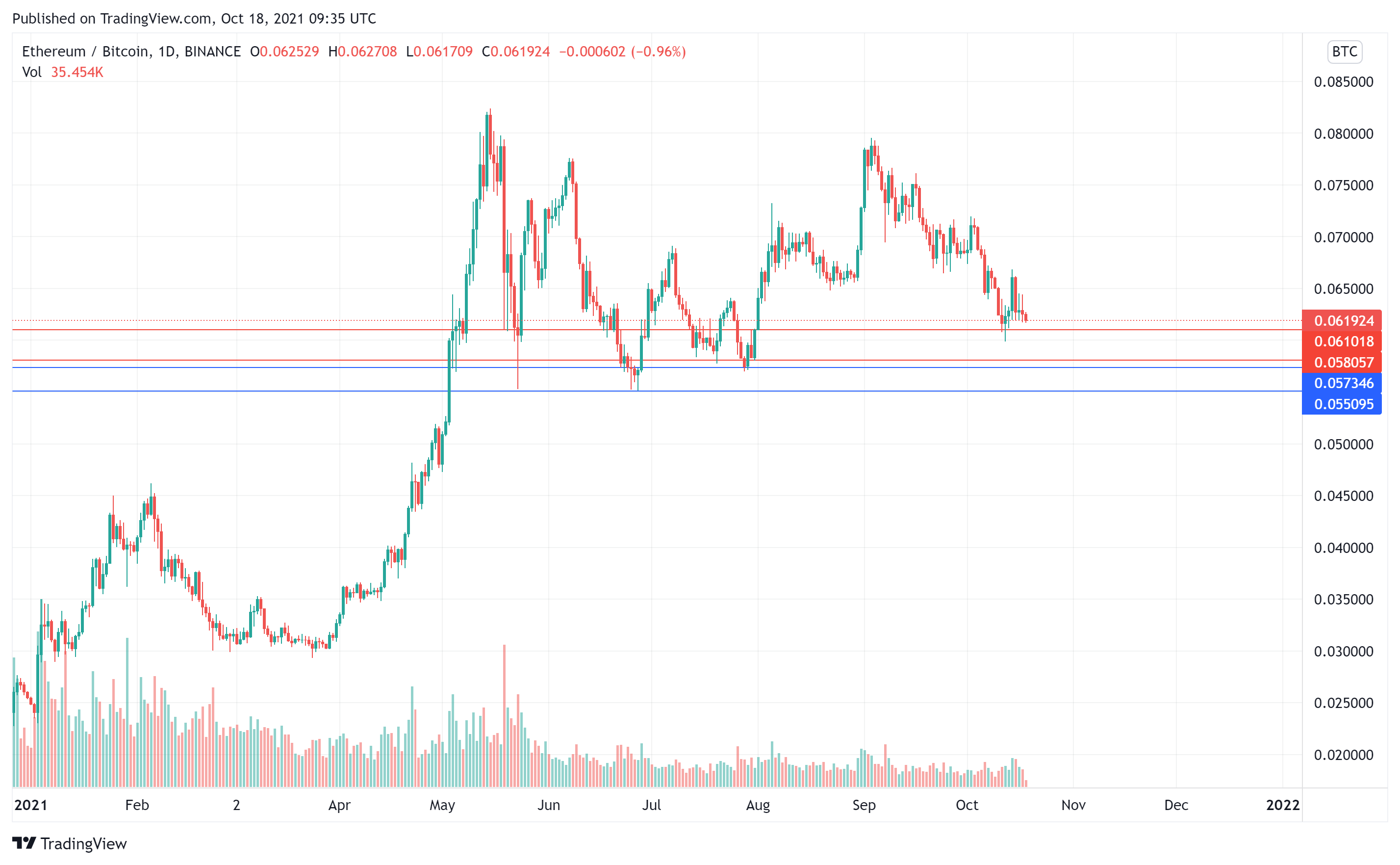 The ETH/BTC is now in the vicinity of two strong demand zones, outlined in the red and blue colors in the chart above. From a technical analysis point of view, this development paves the way for ensuing outsized gains in Ethereum.

On the fundamental front, Ethereum is slated to undergo major changes over the next few months. First, Optimism’s Optimistic Ethereum (OE) – a Layer 2 solution designed to tackle Ethereum’s scalability challenge – is now up for a major overhaul. As a refresher, OE helps Ethereum in running off-chain calculations, publishing only the transaction data on-chain. This has the potential of reducing Ethereum’s gas fees by as much as 100x, paving the way for the uptake of smart contracts. OE is now scheduled to undergo the OVM 2.0 upgrade on the 28th of October. This upgrade would make Optimism 100 percent compatible with an Ethereum Virtual Machine (EVM). In essence, DApps or smart contracts will now be deployable on OE without undergoing any changes in the code.

Bear in mind that Goldman Sachs expects Ethereum to eventually overtake Bitcoin, as the open-source blockchain offers substantially more utility than its much larger counterpart. While this is not expected to happen until the launch of Ethereum 2.0, the factors mentioned above do support a material upside potential in the interim. As a refresher, Ethereum 2.0 will incorporate two fundamental changes – sharding and staking. Under sharding, the Ethereum blockchain will be broken into distinct “shards”. Each shard would act as an independent blockchain, hosting its own smart contract blocks and transaction validators. The Ethereum 2.0 will also abandon Proof of Work (mining) in favor of a Proof of Stake (staking) mechanism, where instead of expending computational power – in the form of cryptographic calculations based on the hash rate – in order to forge consensus, the “miners” will simply stake or lock up a certain amount of Ether in master nodes. The transaction processing reward will then be distributed according to how much Ether an authenticator has staked. These two major changes will ramp up the Ethereum network’s processing power to around 100,000 transactions per second while also dramatically curbing its energy footprint.