Is FaceApp Just a Gender Swapping Gimmick or an AI and Privacy Nightmare in the Making? 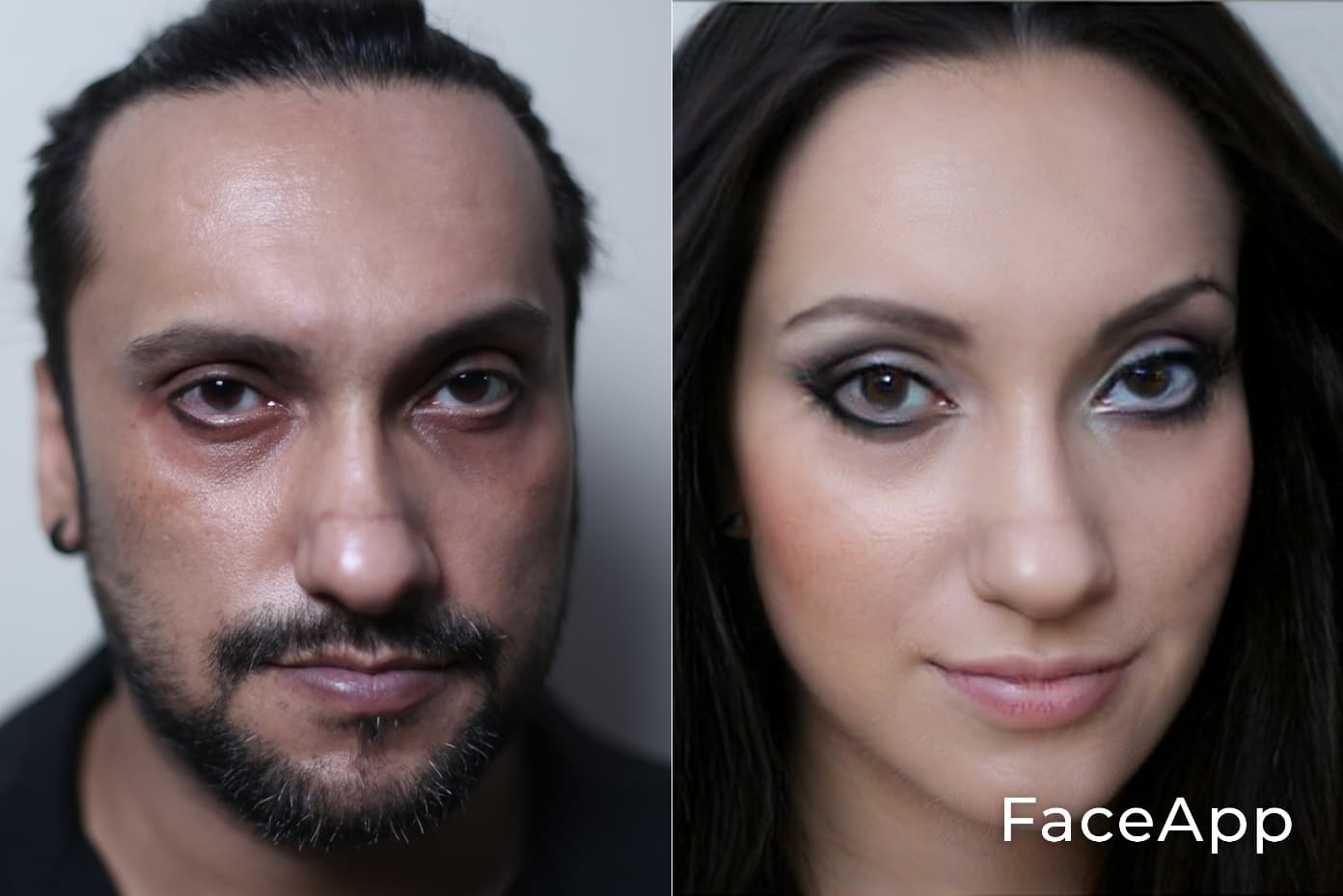 When FaceApp initially launched back in 2017, it took the world by storm because of its capabilities. Granted, we have seen several apps in the past that could make you look old or young but the accuracy and precision were not there. FaceApp, however, used artificial intelligence to do that, and the results were mind-boggling at best. Even when it was launched, a lot of security researchers raised concerns over the consequences of using this app. After all, you are uploading your pictures onto an app for it to use and run through its AI algorithm. But people still continued using it.

After almost 3 years, the app has exploded all over Twitter, Instagram, and Facebook again. However, this time, people are using the gender swap feature that uses AI to change a person's gender and present them with a picture that is very convincing, and at the same time, quite scary.

Now, there have been several apps in the past like that. Even Snapchat introduced a feature that would swap your gender. But the implementation here is different since it uses artificial intelligence, the very thing many people fear, in the first place. But it is not just artificial intelligence that we should be afraid of, it is the privacy policy of the app. if you head over to the recently updated privacy policy of the app, this is the highlighted text.

Now the clever thing here is that when you do visit the page, only the aforementioned lines are highlighted, which is more than enough to convince any user that this app is indeed safe. However, if you just take a minute and read beyond those two lines, you start becoming wary of just what is being stored and used. True, some would say that they are not worried about the app or what it does with the photos but keep in mind that this app has over 100 million downloads on Google Play Store alone. One could only imagine how many underage individuals are using this app for swapping their genders and potentially risking their pictures.

Now, if you are one of those people who believe that just deleting the app will get rid of the photos that are taken or used by FaceApp, that is not the case. However, it is not as easy as it may sound. For those who want to get their pictures removed, you will actually have to put in a request for it to happen, in the first place. In order to do that, you have to go to Settings >Support >Report a bug with the word "privacy" in the subject line, and then write a formal request. Which is convoluted to a point that most people will not go through it, in the first place.

To confirm just how convincing or borderline creepy this app can become, I asked a few of my friends to provide their pictures. Now, it was easy for me to tell the difference because I know them, but to an unsuspecting eye, it might not be the same case.

And privacy is just one concern that people have raised. On the other hand, we have a shockingly powerful AI in place which could very well be learning the patterns for a much stronger facial recognition pattern.

In all honesty, the results are shocking at best. What is even more shocking is the amount of information we are knowingly handing away to an app just for the sake of shock value. Again, whether or not this app is going to have severe consequences or not is still yet to be seen. But as a word of warning, keep in mind that the FBI did issue a warning pertaining to the safety of the app, and this happened back in December 2019.

This year when millions were downloading #FaceApp, I asked the FBI if the app was safe.

And they told me any app or product developed in Russia like FaceApp is a potential counterintelligence threat. pic.twitter.com/ioMzpp2Xi5

Calling FaceApp an imminent threat to privacy or an AI nightmare would be stretching it a bit too far. However, at the same time, we have to keep in mind that in a world where our privacy is among our most important assets, there are some questionable practices and activities that can easily take place if things go rogue. We can only say that the more we are protecting our privacy, the better it is in the longer run. Currently, you can download FaceApp on both iOS and Android for your amusement.