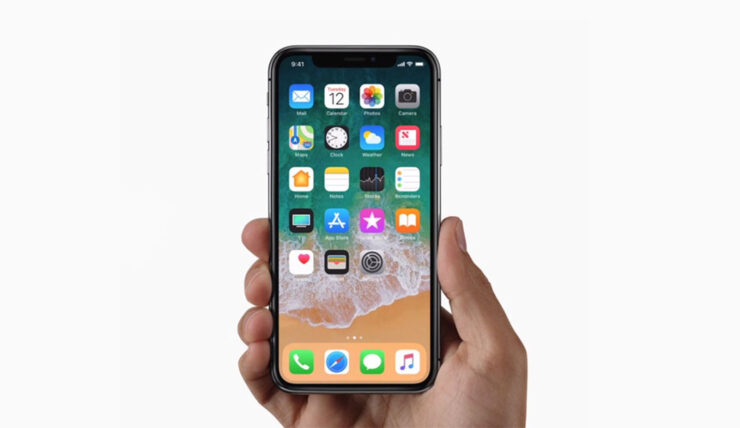 Any modern-day smartphone that drops from a sizable height onto the ground receives some form of damage. It can be a broken display or a scuff at the side or corners. However, one pilot states that his iPhone X not just dropped 11,000 feet from a moving airplane, it had no marks when it was recovered.

iPhone X Later Booted When It Was Found, Battery Also Received No Damage

On Diamond Aviators forums, member ‘dmloftus’ claims that on August 8, 2021, he was flying his Diamond DA40 plane that has small side windows which can be opened while airborne. While he has taken hundreds of photos with his cameras and iPhones, on this occasion, he was not lucky, as he shares his story below.

“As I opened the window and pointed the iPhone camera at the cloud, I hit a small pocket of turbulence and my right hand moved too close to the open passenger window. In a millisecond, the iPhone was sucked right out through the window and it was gone! At first I was upset about the loss, but after a few minutes began chuckling to myself as it was a 4 year old iPhone X and I probably needed to upgrade to a 5G phone anyway. I landed in Atlanta at 10pm EDT after a long day of flying.”

It might not have been a problem for dmloftus to upgrade to a new model, but when he attempted to disable the iPhone X remotely just in case someone got a hold of his financial data, the spare iPhone 6S showed a map on the Find My network that the iPhone X was still working. This discovery was a godsend, as hardly any smartphone that drops from this height remains in a functioning state.

“I felt sure the phone must have been destroyed in the fall, but I did not want to take any chances with financial data, etc that was on the phone. Jack suggested we open the settings menu and remove the iPhone X from the account. As we did this, we clicked on the Find My iPhone link. To my astonishment, the 6S showed a map location for the iPhone X near Blythe Arkansas, with the last transmission at 9:39pm CDT Sunday evening. We took some screen shots and I clicked on the map link. I was amazed that the phone could somehow survive a fall of over 11.000 feet, and thought how lucky it was to fall in an area that actually had cell coverage when much of rural America is difficult to get a signal. I mentioned to Jack that I might just fly back to Arkansas to see if I could find the phone.”

What is even more astonishing is that the iPhone X did not receive a mark on its premium chassis. It was recovered amongst thick, soybean crops, so those may have cushioned its fall. The handset booted up just fine too, but dmloftus thought that the fall damaged the battery. Luckily for him, that was not the case. Do note that the iPhone X was protected by an Otterbox Defender Series Case, so that might have aided in the smartphone’s protection.

Regardless, if you have any tales of your iPhone, or any other handset falling from an absurdly large height and continued to work, share those stories down in the comments.