It seems as though the iPhone SE is all set for an announcement later this month, if leaked reports are to be believed. And strangely enough, it's happening after a long, long time that we're cunningly close to an iPhone launch and it's unclear what the to-be announced device would look like. But, different leaked images have suggested the possible routes Apple might take in terms of design, and one mockup artist took the liberty to give all of them (three to be precise) the proper 3D treatment, giving us a clear glimpse of what the iPhone SE might end up looking like. 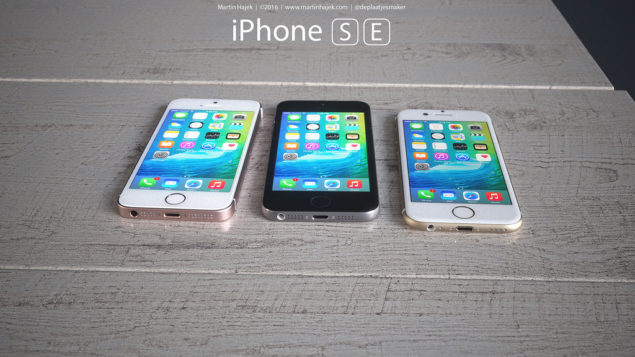 iPhone SE Mockups Based On Leaked Details Look Stunning - Which One Apple Will Ultimately Announce?

Three in total, the iPhone SE mockups are based on leaked images coming from three different sources (you can check them out here, here and here). The first iPhone SE mockup is believed to sport a design that is strikingly similar to the iPhone 5s. The second one is a 4-inch version of the current iPhone 6s. Whereas the third one is a hybrid of the first two.

Rather than describing all of them in carefully chosen words, let's jump straight into what Martin Hajek has conjured up.

All of the designs, nonetheless, look brilliant in a lot of ways. And if you're asking for a personal opinion, I'm more sold towards the mockup that looks like a smaller version of the iPhone 6s. While Cupertino's new flagships do get a lot of hate for being too 'slippery' in the hand, thanks to its curved sides, but one has to admit that it gives the smartphone an extremely slick profile.

The iPhone 5s-esque design has its own perks as well. For example, the squared off edges gives the device an extremely firm grip, ensuing that the smartphone doesn't slip out of hand during usage. But at the same time, the design feels ancient when compared to modern devices out there.

The hybrid design, combination of the above two, while looks great, seems a little out of place when compared to the entire Apple portfolios of mobile devices. I would personally give it a half thumbs down.

It remains to be seen which design Apple will go with. But our gut feeling suggests that the device will look like a smaller version of the iPhone 6s. We could be wrong here, so let's leave the unveiling and detailing part to Apple.