iPhone Battery Life Is Getting Worse With Each Successive Generation – Android Flagships Suffering the Same, According to Tests 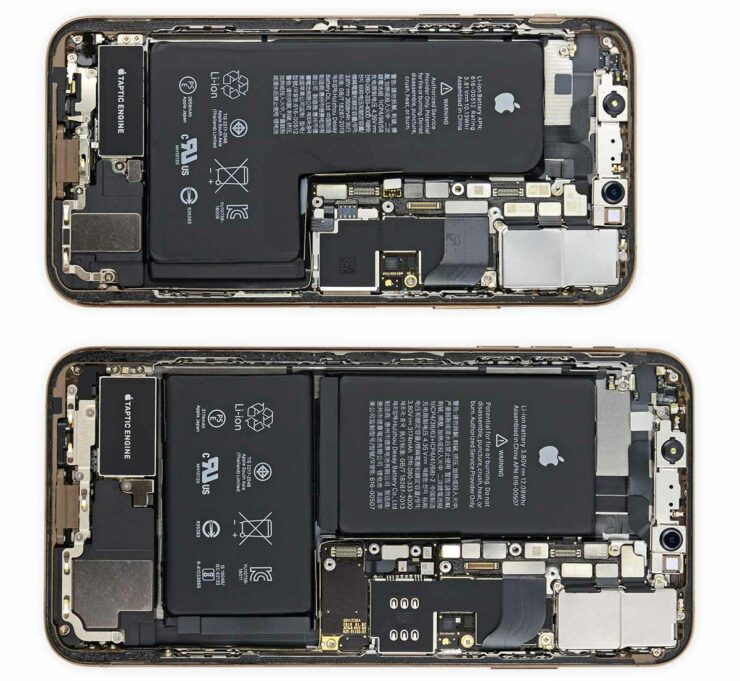 Smartphones have become faster and smarter thanks to 7nm FinFET SoCs that come with their dedicated NPUs, but one problem is still looming on the horizon. Although companies have made breakthroughs in other areas, the smartphone batteries remain largely the same and effects of that are starting to show now.

The Only Exception in High-End Devices Is the iPhone XR, Which Plows Through the Battery Life Results

According to tests carried out by various media outlets, iPhone’s battery life is getting worse on a yearly basis. That’s not to say that the Android phones are faring any better. According to reports, most phones released this year offer less juice per charge than their predecessors. For instance, Google Pixel 3 dies one and a half hour earlier than the Pixel 2, and the iPhone XS lasts 21 minutes less than the iPhone X. The only exception is the iPhone XR, which offers a longer battery life since it pushes fewer pixels than the other devices being compared. While the iPhone XS and iPhone XS Max tout OLED panels, their increased pixels does contribute to faster battery drainage.

The irony is that most of this year’s devices have bigger batteries than their predecessors but the battery life has only gotten worse. For instance, the iPhone XS Max, which has the largest battery compared to other iPhones, dies earlier than the iPhone 8 Plus. This also contradicts Apple’s statement which said that the iPhone XS has a longer battery life than the iPhone X. However, currently, no agreed standard exists to put these claims to test so the company can’t be called out. 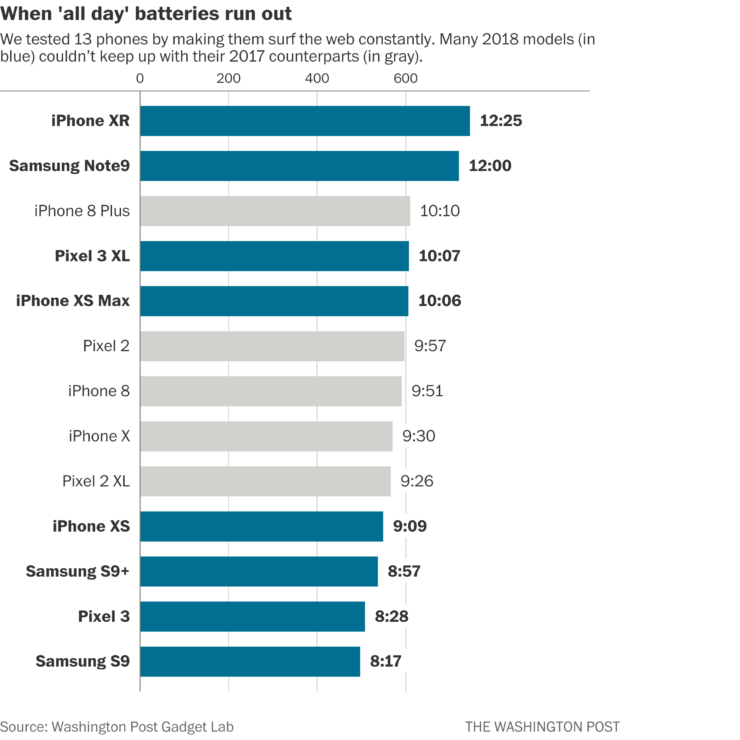 Apparently, the lithium-ion batteries that most smartphones have are reaching an inflection point. While batteries are improving at a rate of nearly 5 percent a year, power consumption is growing at a faster rate. With the impending arrival of 5G, power consumption is going to increase even further. Pair that with large, foldable displays and the situation will get a lot worse.

Even though Apple reportedly works a lot on power optimization, the company’s efforts aren’t really paying off as power demand is increasing a lot. For now, you can try dimming your display and use Wi-Fi instead of LTE whenever possible to extend your battery life endurance.

Also, if you’re looking to spend money on devices that offer the best possible battery life, the tests reveal that the iPhone XR and the Samsung Galaxy Note 9 will be your best bet.

Samsung Announces Galaxy SmartTags – Here’s Everything You Need to Know