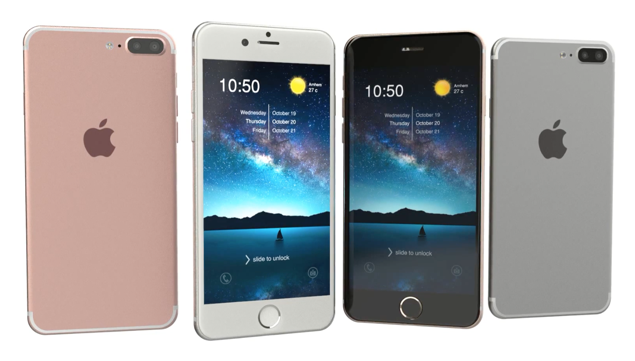 A new iPhone 7 Plus concept has just surfaced on the Web, and boy it looks absolutely insane. Dive right in and see what's on offer!

We have come across a boatload of iPhone 7 concepts in the past that tend to outshine others with a bunch of great, innovative and powerful features. For instance, take a look at this iPhone 7 concept, which is based on all the leaked reports and rumors that are flying around on the Internet. But of course, the designer went one step further and added a bunch of cool additions to make the overall concept stand out from the rest.

But today, we have stumbled upon something new. Something slightly different. Something drool-worthy. Take a look at the mighty new iPhone 7 Plus concept, courtesy of designer Jermaine Smit:

Rather than sticking to all the leaked reports, the designer went one step further with a couple of features which aren't available in many other iPhone 7 concepts. For staters, the iPhone 7 Plus features a USB-C port, which, like Lightning in current iOS devices, is also reversible and packs a lot of functionality if used wisely.

On the software front, the designer went ahead and imagined how iOS 10 would look like on the iPhone 7. There's not much to look at to be quite honest, but the redesigned lock screen really makes us wish we get a major refresh on the aforementioned front this year from Apple.

For audiophiles out there, the iPhone 7 Plus is imagined to feature stereo speakers, for that oh-so awesome cinematic experience while on the go. And to top things off, the handset features an iPhone 6 / 6s like design, but with a lot of refinements. For example, there are lesser antenna lines adorning the handset, and the dual camera lens system, along with the camera bump, look aesthetically pleasing to look at. Props to the designer for throwing in a handful of refinements in this design and not overdoing anything at all.

The real deal iPhone 7, iPhone 7 Plus are going to be different looking handsets when announced. Of course, they might end up bearing some slight resemblance to a bunch of concepts we'll see leading up to the official announcement, but we can't know for sure at this point in time what Apple has in store for us.

What are you expecting to see from Apple this year? Be sure to let us know in the comments section below.