There have been new rumors concerning he Force Touch Technology introduced by Apple. The First device to end up with this technology was the Apple Watch which was shown in detail at Apple's Spring Forward Event, next in line was Apple's infamous MacBook Trackpad. What we have heard according to the Wall Street Journal - Apple might be planning to introduce the very same Force Touch technology in its upcoming heir to the iPhone series.

The Force Touch technology gives multiple operation features to the device. The tap has a different operation to perform and hard press will ignite another. If the technology can be implanted in the Apple Watch, the upcoming iPhone 6S can handle the same. It will be widely dispersed all over the display causing sensitivity and touch experienced to be widely enhanced.

For all the technical folks out there we'll portray the basic know how to see how the Force Touch really works. To begin with, Apple has enumerable Force Sensors that detects the difference between a light tap and the hard press. Apple has installed the Taptic Engine so user can get a tactile feedback of the action. So courtesy to the Taptic Engine for the feedback that enables a complete mechanical-like feedback. The smart vibration motor also assists the feedback which is also installed in the MacBook Trackpad.

There are abundant features associated with the Force Touch technology which includes getting dictionary meaning on the Macbook when you hard press the trackpad on a specific word. Another feature might include to look up for addresses either online or your Macbook. The major feature associated in the media category is the fast rewind or the fast forward feature. The harder you press the forward icon the speed will be directly proportional to the press and vice versa to the rewind button. This has great importance for media lovers tp adjust speed of the playback. 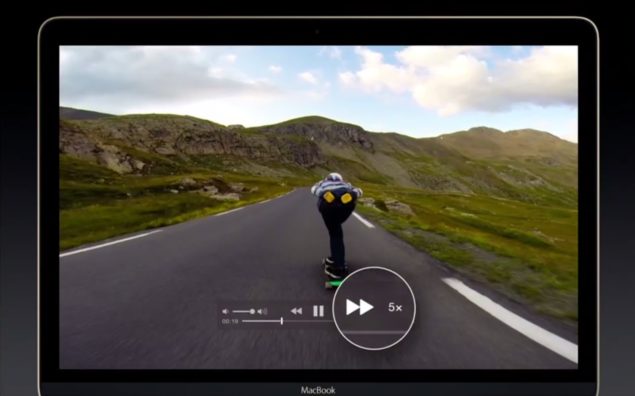 However, do keep in mind the authoritative attitude of Apple of introducing surprises. The rumor itself is valid but the final launch remains with Apple. Of all the convergence in the ecosystem in Apple, we would most likely be surprised to hear more rumors for the upcoming iPhone 6. Do stay with us for more news and rumors.