Apple has kicked off a new program in which the Cupertino giant will replace faulty iPhone 6 Plus iSight camera modules free of cost. 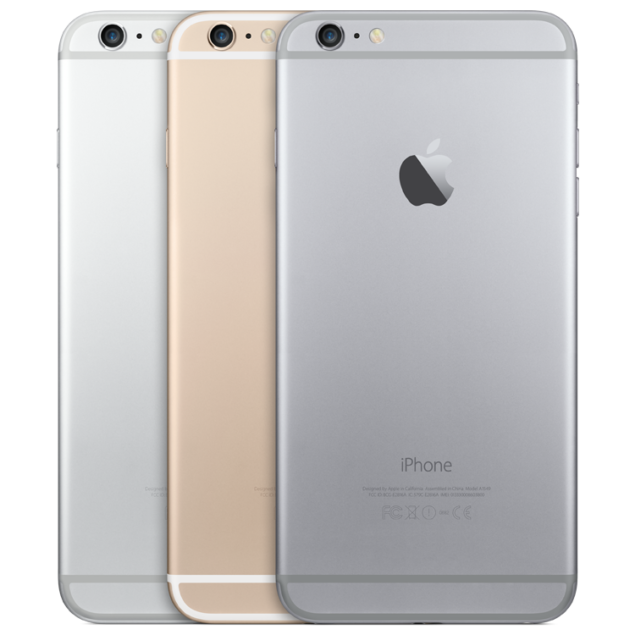 According to Apple, the iPhone 6 Plus has a slight issue with the iSight camera that can cause the device to take blurry shots. In wake of that problem, the Cupertino giant saw it fit to launch this new program.

It's worth mentioning here that not every iPhone 6 Plus iSight camera is affected, and Apple notes that a small degree of devices are seeing this issue, specifically those that were sold between "September 2014 and January 2015." 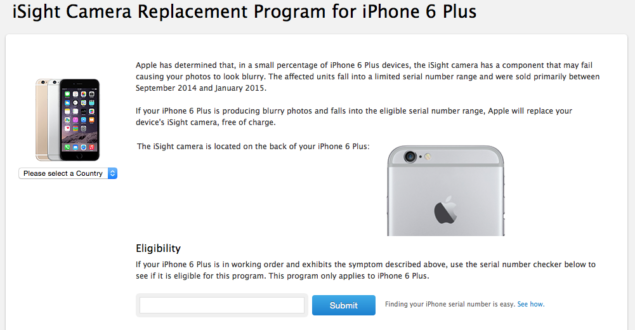 If you think that your device is affected and you need a replacement camera unit, then head over to this link. You'll be required to enter your iPhone 6 Plus' serial number in the box shown in the center of the page. Simply head over to Settings > General > About, and on this page, you'll be presented with the device's serial number. 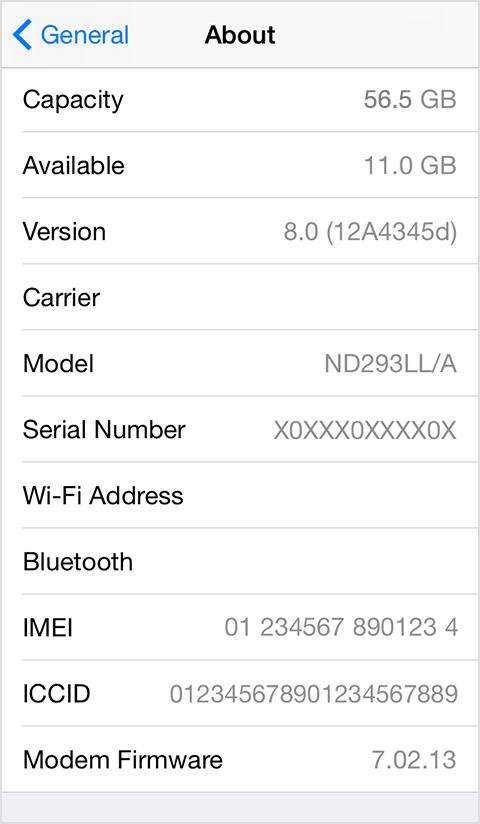 Apple has noted that wireless carrier partners are not participating in this program, and you have to take your handset to an official Apple Retail Store, Authorized Service Provider or Technical Support in order to avail a free replacement iSight camera module.

The Cupertino giant has also revealed that the handset you will be turning in will be carefully examined before the replacement takes place, so don't be surprised if Apple turns down your call for a new iSight camera.

If you have a faulty iSight camera sensor on your iPhone 6 Plus, then we highly recommend that you make use of this program to get a free replacement. And oh, in case you're wondering, from the start, Apple will not replace your entire handset, but only the camera module itself, so etch that inside your head before you make the jump believing you'll receive a brand new handset in the name of a faulty iSight camera.

The iPhone 6 Plus features one of the best camera sensors there is on a smartphone. And for the first time ever, Apple tossed in optical image stabilization into the mix to make the overall photo and video recording experience a lot better one. With the iPhone 6s and iPhone 6s Plus due for release in a matter of weeks, we're certain that Apple will not rest easy this time around either and will push the camera credentials even further, pushing the boundaries of what is capable on a smartphone.

Let's just hope there aren't any faulty iSight camera sensor next time around.

iPhone 6 Plus Explodes in the Middle of the Night, User Manages to Stay Safe