We've started to see quite a shift in Apple's upcoming iPhone 6 rumors lately. Apple's latest flagship smartphone is expected to be with us this September, and the rumor mill is fully up and running. Apple's iPhone 6 is expected to come in two screen sizes, namely 4.7 and 5.5 inch. The 5.5 inch variant of the iPhone 6 is reportedly going to be called an iPhone 'air'. Apart from these, the flagship smartphone is to come with the iOS 8. Several images of the alleged front facade of the 4.7 inch version of the iPhone 6 have also popped up. The facade is said to be made out of sapphire glass, a material which is said to be stronger than the previous gorilla glass. To see how strong sapphire glass actually is, click here. Only yesterday, there was a rumor claiming that the iPhone 6 will feature an upgraded haptic motor. Well, there's a new rumor related to the iPhone 6 and it concerns the A8 SoC to be used in the upcoming iPhone 6 and iPads. 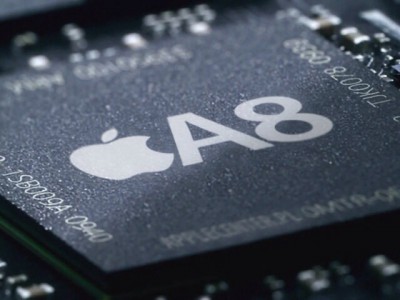 As always, it's the Chinese media behind these A8 reports as well. The Chinese website CNBETA claims that the new A8 SoC will come with frequency capabilities of up to 2 GHz. In addition, the website also claims that the chip will continue to adapt the 64 bit dual core architecture. In addition, the chip will be manufactured using the 20nm manufacturing process. The manufacturing will of course be done by TSMC and Samsung.

There have been very few reports recently related to the A8 chip. A while back few reports suggested that the chip was to be clocked up to 2.6 Ghz and that the chip will not be coming with LTE capabilities. Apart from that, the rumor mill is jammed. Well folks, if the A8 really can achieve 2 GHz for the iPhone 6, then this will be a significant boost for the iPhone 6. This is also coupled with the fact that Apple's chips generally to tend to perform better than other chips, despite being dual core. Thats all that we have for you today right now. Let us know in the comments section about your views. Cheers.