After Google's launch of LG Nexus 5 last week, it has been compared since against the Apple's latest iPhone 5S and the iPhone 5C.

Apple's iPhone 5S introduces some new features such as Touch ID which is not available in both the Nexus 5 or the iPhone 5C. Apart from that, iPhone 5S comes with a better camera and is being offered in 64 GB storage option. However, Nexus 5 comes with a bigger 4.95 inch screen with a significant higher pixel density of 445 ppi, double RAM, NFC and support for 802.11 ac. Moreover, Google's Nexus 5 is available for almost half of the cost of iPhone 5S. 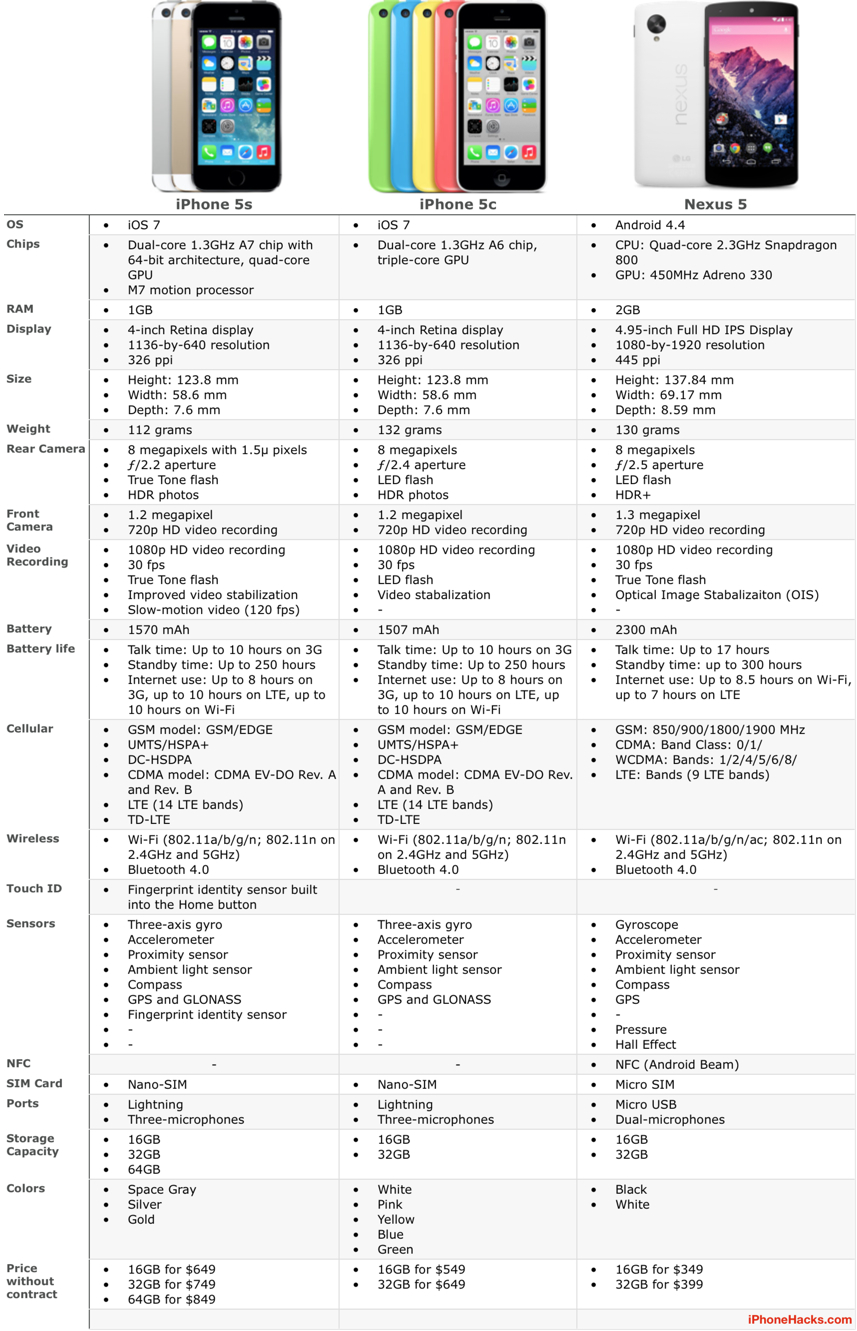 There is however a difference of priorities when you compare a set of devices. For those who are constrained by the budget, no iPhone 5S Vs Nexus 5 debate, since the Nexus 5 is definitely the best buy in the budget. Furthermore, you want something with bigger screen, again you will consider Nexus 5. But when it comes down to the operating system choices, honestly it is based on user preferences as loyal fans won't go to any device of the other OS even if it's better. It is better you write down your preferences, weigh them against the available devices and also give a visit to the store to get the actual feel of these gadgets.