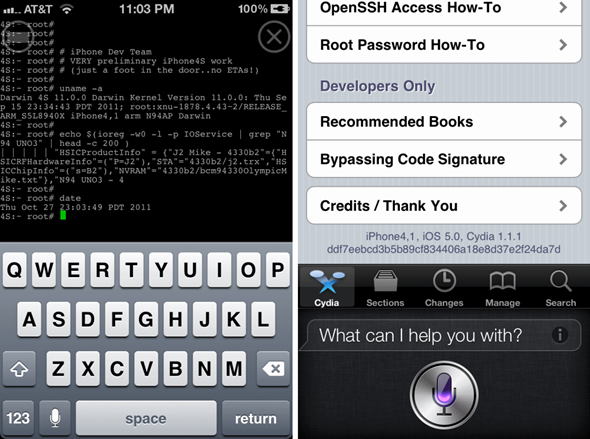 Pod2g earlier today updated his blog with a video showing untethered jailbreak running on an iPhone 4S on iOS 5.0.1. The video is shown below.

We’ll let you know when the jailbreak tool for iPhone 4S and iPad 2 is finally released so stay tuned.