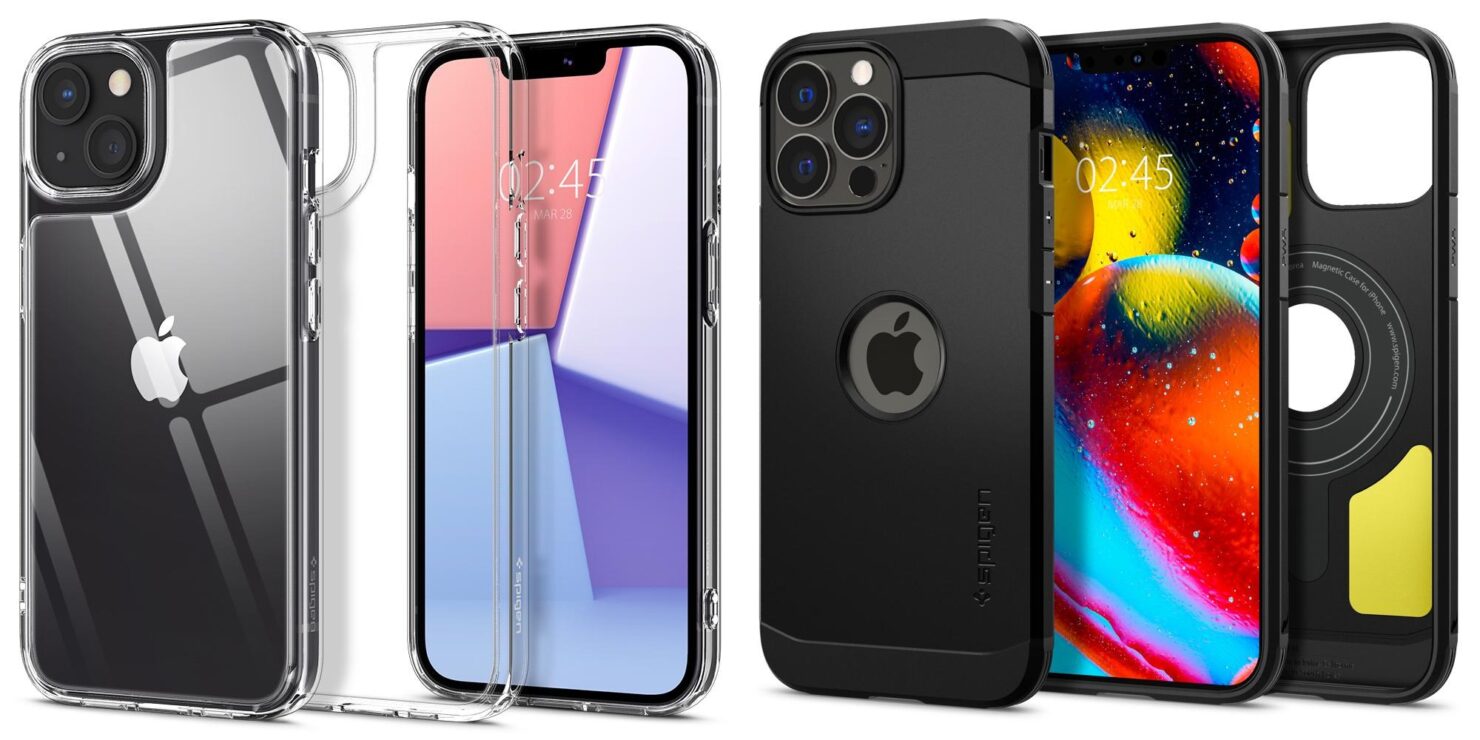 Spigen ended up leaking the iPhone 13 case boxes a few days ago that gave us an idea about how the phone is going to look like. Today, just hours before the official iPhone 13 launch, we have our first look at the Spigen case lineup for iPhone 13 that shows the phone from various angles. Even though these are not first-party renders from Apple, these are more than enough to get the job done for anyone who wants to know how the phone looks.

The leak is coming from none other than Evan Blass @evleaks, who shared the case renders on Twitter. He clarified that these are not first-party Apple renders, which makes sense since these are Spigen cases, but hey, at this point, Apple fans would do anything to get a good look at how the phone will look. Not that it will change their mind about buying the phone in the first place.

You can look at the iPhone 13 cases below.

This more or less looks like the entire lineup of the Spigen cases, and hopefully, we will see more renders drop before the event ends. However, these do give us enough idea about how the design will be like, and as expected, Apple has decided to play it safe and opted for a design language that is classic iPhone, and at this point, we do not really mind. This design language works best for Apple, and this is what they should be going with.

The iPhone 13 series, along with the Apple Watch Series 7 and new AirPods, will go official tonight, and we will be taking point with the coverage. Stay tuned for more information by the end of the day.