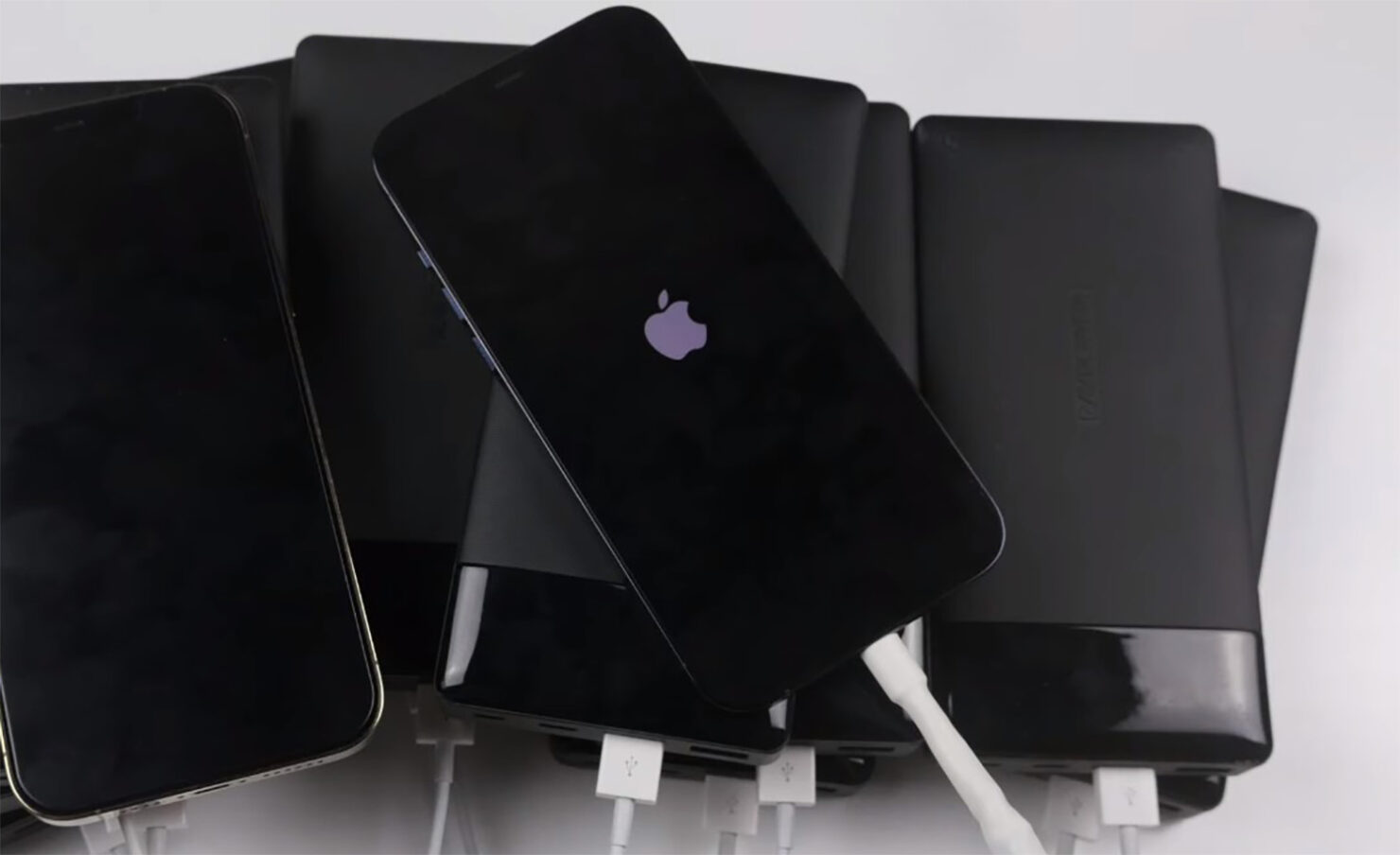 Under normal circumstances, you can only connect a single powerbank to the iPhone 12 Pro Max and start juicing it up. Having multiple powerbanks is useful when your existing one is out of charge, but what if you wanted to make use of all of them at the same time? One YouTuber shows exactly what happens when you use 10 powerbanks to charge Apple’s latest and greatest flagship.

You can count on TechRax to come up with the most absurd of tests. On this occasion, he has two iPhone 12 Pro Max models, and he wants to see which one would charge faster. One that’s connected to Apple’s MagSafe charger through a single 18W powerbank outlet, or one that’s topped up using 10 20,000mAh powerbanks? Well, you might be thinking to yourself that it’s not possible to hook up 10 separate powerbanks to one iPhone 12 Pro Max without having a specialized adapter and some workarounds.

You’d be right in thinking that. Fortunately, TechRax also ordered 10 USB-to-Lightning cables and solders them together to create the ultimate mega-cable. That thick cable with USB-A ends is now connected to the 10 powerbanks, with the Lightning connector now inserted in the iPhone 12 Pro Max port. With the test fired up, TechRax shows that as soon as he powers on the device, the battery charge goes up to 2 percent, so he believes that he’s off to an excellent start.

Unfortunately, during the test, it’s found that the iPhone 12 Pro Max connected to the MagSafe charger actually tops up the flagship faster than the model getting its juice from the 10 powerbanks. It’s honestly a shame because we were expecting the latter to win by a mile. It looks like Apple is inhibiting the iPhone 12 Pro Max’s battery to use up any more power than it’s intended to, and for the sake of keeping the cell as healthy as possible, it was the right move.

If you want to check out how the entire test was conducted and how the YouTuber managed to solder together that mega USB-to-Lightning cable, the video is given below.