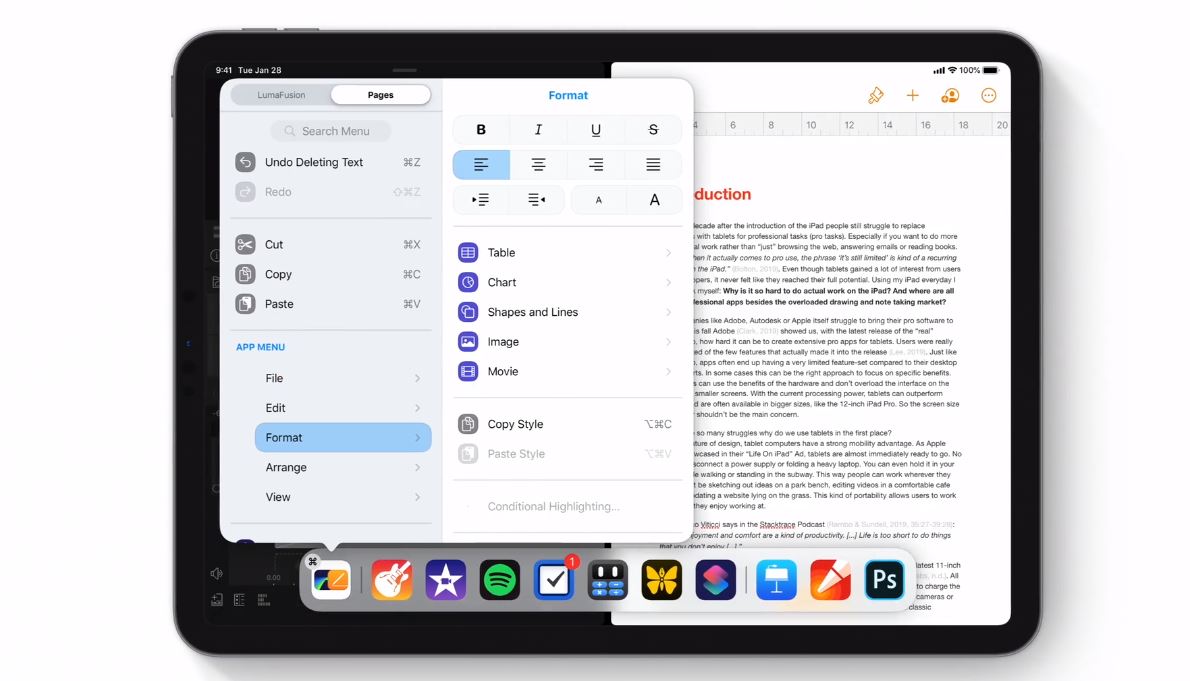 There have been several leaks and rumors surrounding the forthcoming iOS 14 operating system. With iOS 14, we're also excited to know what Apple has planned for iPadOS. The company is trying hard to make the iPad the perfect replacement for your computer. With that said, there have been several concepts that envision how the company can better the iPadOS for users who are looking to replace their laptops with an iPad. Now, a new iPadOS concept has emerged that imagines a new 'Main Menu' which can be used for iPad apps.

The latest iPadOS update brings the iPad a step closer to a computer with the trackpad and mouse support. However, there are still certain features that seem to be missing from the mix which could potentially offer desktop-level controls and operations. This includes a menu bar. 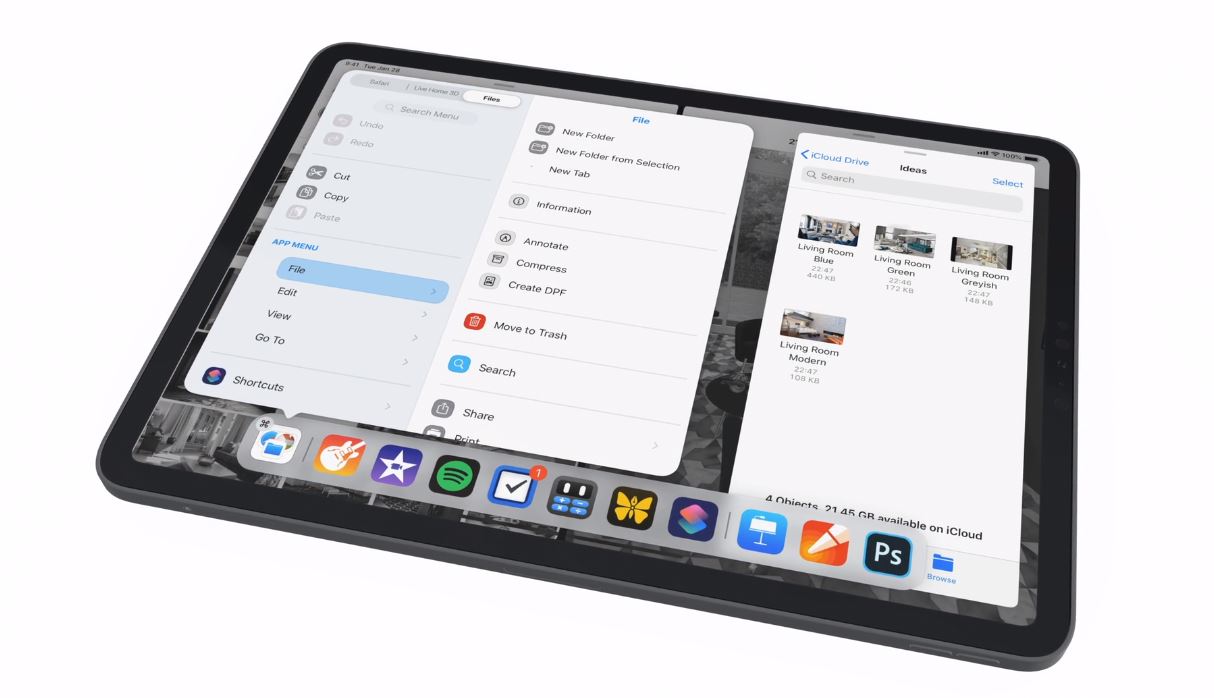 The iPadOS concept shows the Main Menu that offers several app controls such as quick access to preferences, options to save a document, editing texts, and much more. Yes, you can make use of the keyboard shortcuts to gain access to certain features but having it built right in the Main Menu for iPadOS apps can enhance productivity to a greater level.

This concept brings the main menu we know and love from Mac to iPad. It keeps the numerous advantages of a written menu, redesigned with touch devices in mind. iPad Main Menu helps bring a vast amount of features to iPadOS for people who seek out this power, while keeping the OS accessible for users who prefer a simpler experience.

The iPadOS concept that shows the Main Menu is embedded or fixed as an icon in the Dock. A dedicated API could allow developers to add curated and relevant features associated with specific apps. Check out the iPadOS concept video embedded below.

Other than this, the concept also shows how Apple can use the Main Menu in Split View mode. As a shortcut, a three-finger tap can bring up the many as well. If you're interested in checking out the entire concept, head over to Alexander's website.

That's all there is to it, folks. Apart from this, the new 2020 iPad Pro does not feature a U1 Ultra Wideband chip. Could this mean that we will see a refreshed version of the iPad Pro later this year? Share your views with us in the comments.