According to files discovered within OS X 10.11 El Capitan beta, the iPad mini 4 is likely to support iOS 9's Split View multitasking feature, something that is exclusive to the iPad Air 2, while further suggesting that the device could be much faster than its predecessors.

Discovered by 9to5Mac, El Capitan's developer tools in Safari 9 has an option to allow devs to test out responsive sites in Split View on an iPad mini, further suggesting that the next iPad mini will indeed be a 'substantial' upgrade over the current iPad mini 3. While the source doesn't name the iPad mini 4 directly, but it's a sure shot deal that the upcoming smaller tablet from Cupertino will boast these features. 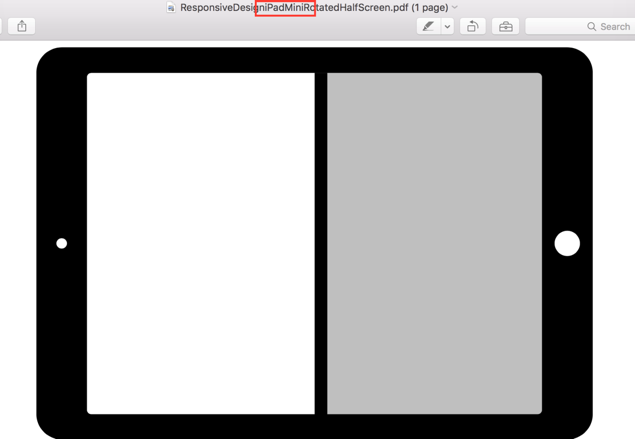 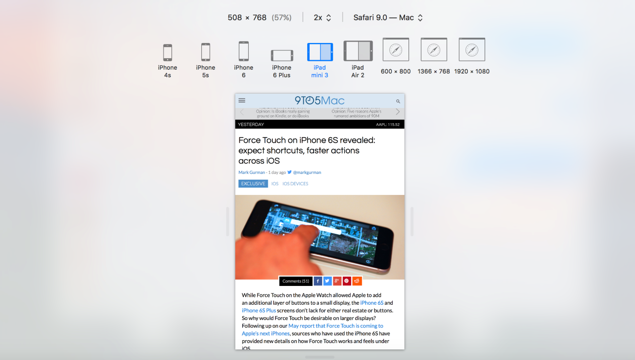 Though the iPad mini's screen real-estate is rather small when it comes to running apps side-by-side, but it's a clear indication that the Cupertino giant wants to bring the feature to its smaller lineup of devices, likely to increase the appeal of the tablet in front of the consumer. While we're not sure how the Split View experience would be on a smaller display, nonetheless, the thought of it is increasing.

Currently, like we mentioned before, iOS 9 Split View feature is exclusive to the iPad Air 2, and further hints at the fact that Apple is indeed working on a larger, 12-inch iPad Pro as well. Meanwhile, the tablet market has taken a dip for the Cupertino company, with sales tanking each quarter compared to the previous one. But with the announcement of several multitasking features in iOS 9 for iPad, it's a clear sign that Apple is not giving up just yet and wants to pump a new lease of life into its tablet lineup of devices.

The iPad mini 4 is rumored to be as thin as the iPad Air 2 when it's released later this year, with a recent leak confirming that notion, while also suggesting that the device would be just 6mm in depth, making it the thinnest iPad mini to come out of the Cupertino gates.

We've been hearing rumors regarding Apple pulling the plug on the iPad mini altogether, with the company putting all its cards on the larger 9.7-inch iPad and of course, the 12-inch iPad Pro, but if today's leak is anything to go by, then it's evidence enough for us to believe that Cupertino is not resting easy and wants to push its smaller tablet further to the masses.

It's likely that the iPad mini 4 will be announced in a separate event after the iPhone 6s and iPhone 6s Plus handsets have been announced, and whenever that happens, we'll have it covered right here.