iPad 5th Generation Is Down to Its Lowest Price, Making it the Perfect Media Consumption Tablet 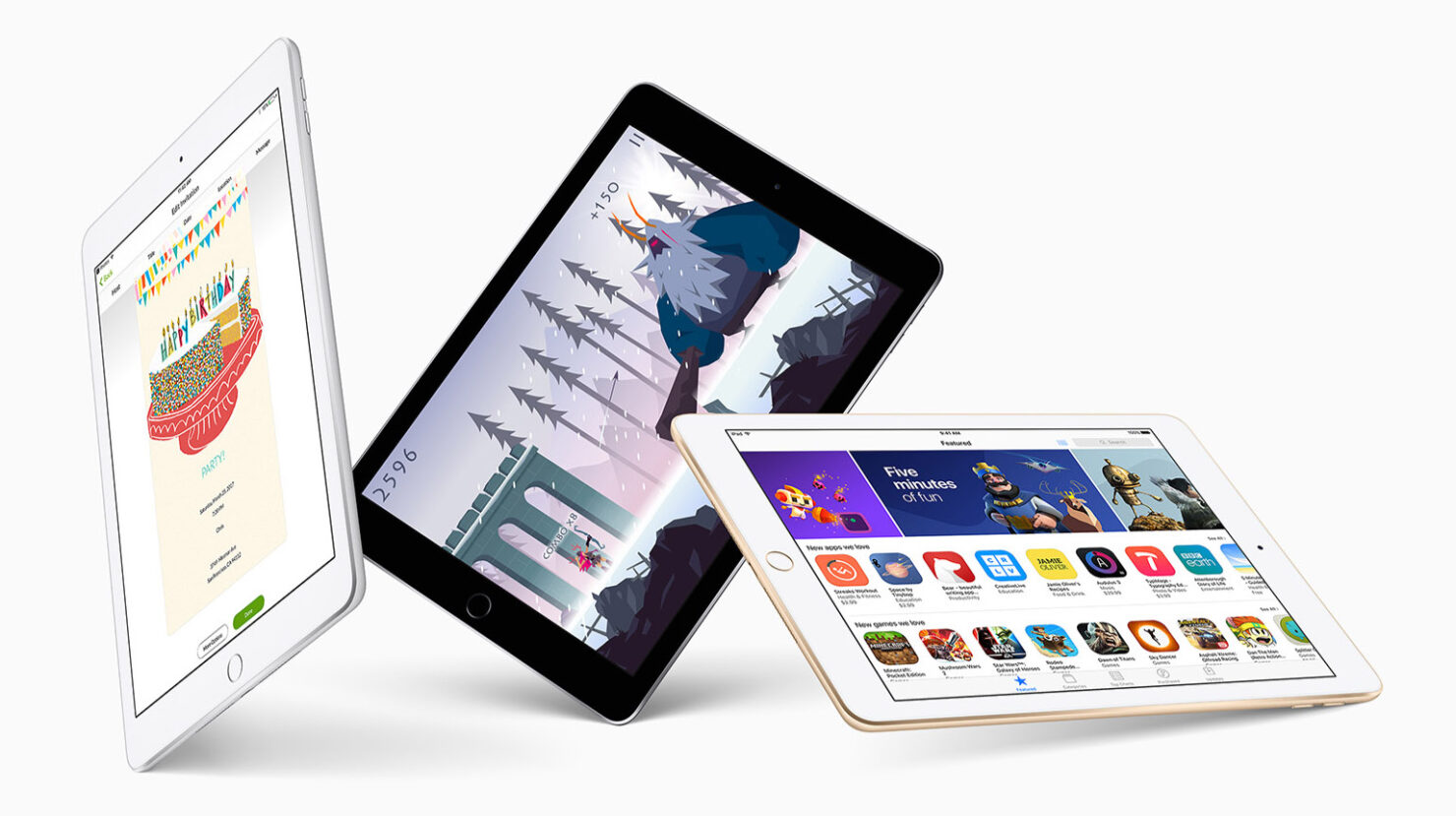 Apple released its 5th generation iPad this year, making it one heck of an affordable machine that would be able to carry out your basic tasks and you could treat the slate as your primary media consumption device. Now, the product has been heavily discounted, making it the best possible tablet you can get for your money’s worth.

iPad 2017 Model Down to $249 for Base Storage Version - Near 9,000mAh Battery Makes This An Excellent Product for Media Consumption

With 3.1 million pixels making up its display thanks to a resolution of 2048 x 1536, the iPad 5th generation brings forth a combination of decent performance coupled with exceptional battery life. Walmart has started introducing its Black Friday deals early, with the 32GB model going for $249.

This amount of storage should be plentiful for you to carry around a heap of movies and TV shows around, and the 8,827mAh battery is going to be the equalizer for delivering impressive battery timings.

Both the back and rear-facing cameras can deliver impressive low-light performance when capturing images and video, making it ideal for FaceTime with your friends and family in dimly illuminated surroundings. Handling all the tasks will be the company’s A9 chipset and yes before you ask, it is the same one present in the iPhone 6s and iPhone 6s Plus. 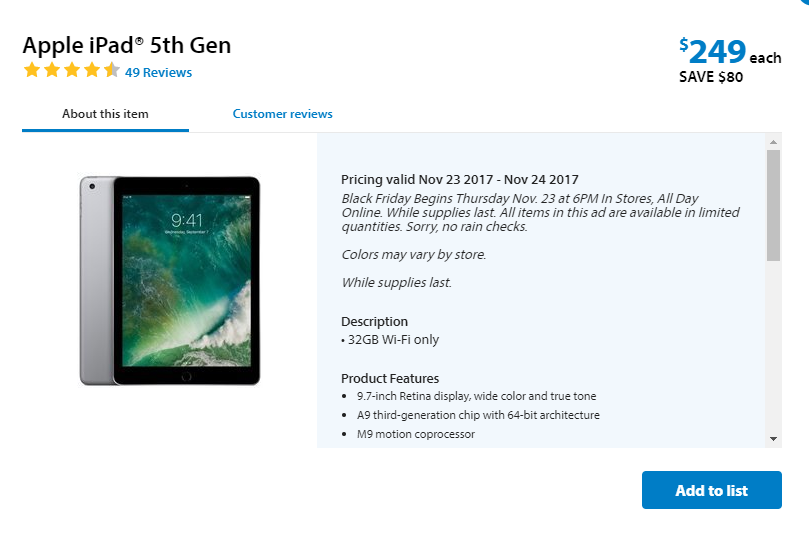 What’s more is that the new 9.7-inch iPad features the company’s Touch ID fingerprint reader so not only can you unlock the tablet to access its contents, you can securely make transactions through Apple Pay using that fingerprint reader.

Keep in mind that this particular model is only going to feature internal storage and nothing more, so if you want more native memory plus LTE connectivity, you will need to come up with more cash.

Do you think $249 is a terrific price for something that was released just this year? Tell us your thoughts down in the comments.