After a month of iOS 8 release at Worldwide Developers Conference, Apple has today released iOS 8 Beta 3 for iPhone, iPad, and iPod Touch. Registered developers can get this latest beta over the air when they get the official notification. iOS 8 Beta 3 was earlier expected to come on July 8, but evidently it is hear a day earlier. 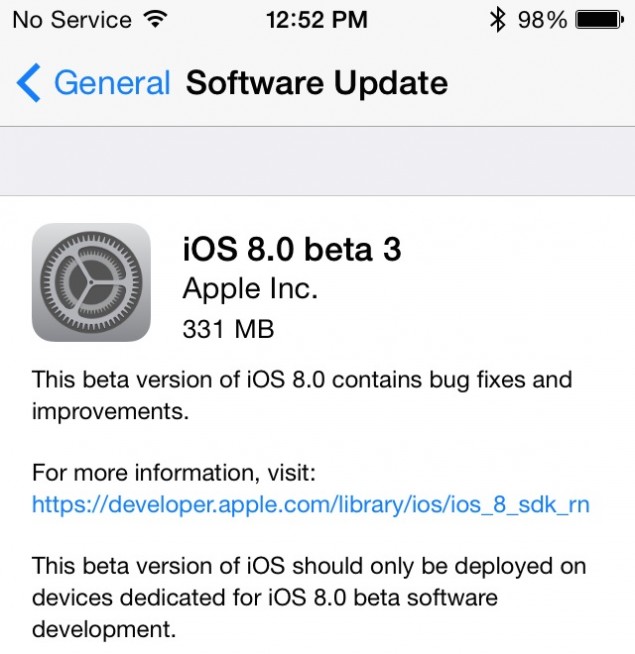 Announced at WWDC 2014 keynote, iOS 8 brings in quite a number of features, bug fixes, and overall improvements including the highly-talked about support for third party widgets and keyboards. iOS 8 beta 2, arriving in mid June, brought some new changes including QuickType on iPad and preinstalled Poscasts app.

iOS 8 beta 3 is also expected to chip in some new changes and introduce new features. You can download the latest iOS 8 beta 3 for the following Apple devices: