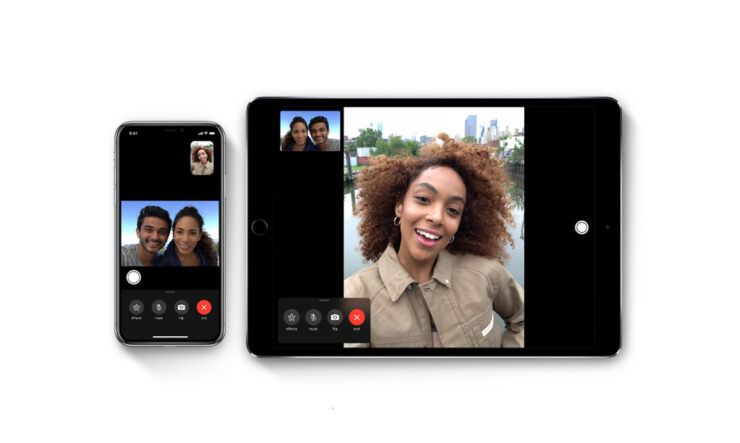 iOS 13 introduced a plethora of features and it seems everyone is really looking forward to the final release in September. With every new beta, we're getting our hands-on new features which demand attention. That brings us to Apple's new 'FaceTime Attention Correction' feature. The feature will give recipients the impression that you are looking at them or the front-facing camera while originally you're looking at the display.

While the change is pretty small, but it does enhance the viewing experience. However, do take note that the upcoming 'FaceTime Attention Correction' feature will not be available on all iPhone models. Instead, the iPhone XS and iPhone XS Max are the only devices which will receive the feature.

Of course, the feature will make use of the TrueDepth Camera system, it is not clear why the iPhone XR or the iPhone X is left out of the mix. However, Apple might expand support for it in the future but there's no official word from Apple regarding the FaceTime Correction feature. Possibly, the feature will make use of ARKit to achieve the final results.

Tested and it does works VERY well, you can spot the distortion if there’s something in front of it pic.twitter.com/AO0MrzZGvT

Other than the iPhone, the feature is present on the iPad Pro but doesn't work. It seems the feature will be made part of the iPadOS but the build needs polishing. In addition to this, if you find this feature a little our of the natural way, you will have the option available to turn the feature off from the stock Settings app.

Furthermore, if you're someone who wears glasses, if there are solid chances that the feature will not work as intended with full efficiency. However, that's a debate when the feature will finally be here and we get our hands on the stable build.

This is all for now, folks. What are your thoughts on the new FaceTime Attention Correction feature in iOS 13? Are you looking forward to it? Let us know your thoughts down below.